The upcoming action movie Heart of Stone is being directed by Tom Harper, with Greg Rucka and Allison Schroeder co-writing the screenplay. 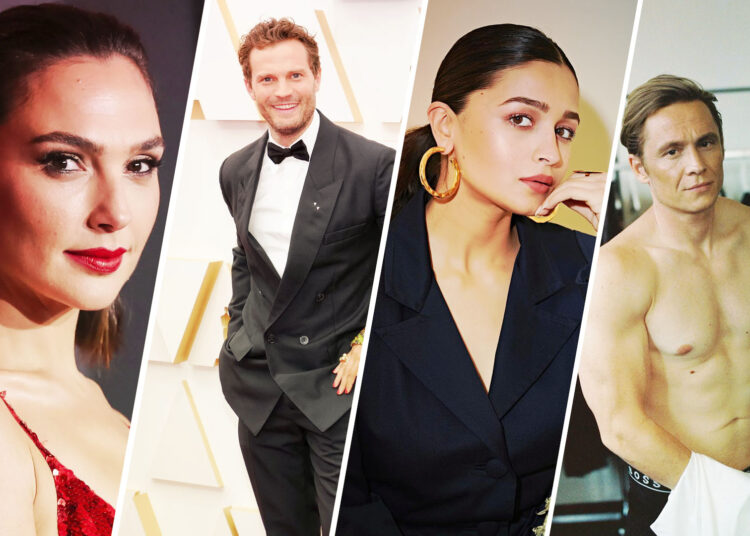 The movie “Heart of Stone” is now in the news. So, here is everything we currently know about this upcoming movie. Netflix acquired the rights to Heart of Stone, a high-profile espionage action thriller starring Gal Gadot, after engaging in a very intense and violent bidding war. 2022 saw the beginning of filming for a 2023 Netflix release. And we’ve been following every new development regarding the film.

The upcoming action movie Heart of Stone is being directed by Tom Harper, with Greg Rucka and Allison Schroeder co-writing the screenplay. Peaky Blinders, The Aeronauts, Wild Rose, and War and Peace are the television shows and movies that have brought Harper the most fame.

Rucka made his writing debut with the screenplay for the Netflix original movie The Old Guard, and Schroeder co-wrote the story for the movie Hidden Figures, which was nominated for an Academy Award.

The production company Skydance Media, which also worked on the Netflix films The Old Guard, The Adam Project, and 6 Underground, is developing the movie. Heart of Stone will undoubtedly be a top-notch movie based on Skydance Media’s current schedule of releases.

Continue reading to learn what we currently know about this upcoming action movie.

Release Date For Heart Of Stone On Netflix

Netflix is planning to make Heart of Stone available to stream sometime in 2023. Heart of Stone’s specific release date hasn’t been determined by Netflix, but the first look trailer shown at the Netflix TUDUM event made it clear that it will happen in 2023. Early in the month of March 2022, principal filming was initiated in London, which is located in the United Kingdom.

The next month, Reykjavk, Iceland, hosted the second schedule of filming. In May, the production returned to London for the third schedule. On the 9th of July 2022, Bhatt provided confirmation that she had done filming her scenes. Lisbon, Portugal, served as the location for the fourth schedule. The main filming was finished on July 28, 2022.

Below is a list of the main cast members and the parts they will play in this upcoming film.

Plotline Details Of The Movie

According to the official synopsis, the movie centers on intelligence agent Rachel Stone (Gadot), who is the only woman preventing the loss of her powerful, international peacekeeping organization’s most important and hazardous asset. “She depends entirely on the adrenaline.

In the teaser, Gadot describes her character as being addicted to it. Other specifics are a mystery, despite the fact that it is well known that Alia plays a significant role in the movie portraying the role of Keya Dhawan.

Teaser Of The Movie

While the new teaser wasn’t quite a trailer, it did give fans a glimpse of what they can expect from Gadot, Jamie Doran, and Alia Bhatt in the next film. It was released during Netflix’s annual TUDUM event.

In the brief preview, Gal Gadot reveals some information about her character, Rachel Stone, such as what drives her, some of the relationships she has with other people, and even some of the spectacular action that viewers will get to witness in the movie.

Gadot’s Stone doesn’t entirely explain who Dornan and Bhatt are, but it is still obvious that they play key roles in the action-packed story. In addition to being epic, the movie, according to Gadot, will also be real and unvarnished, as evidenced by the trailers. Below is a trailer you can see:

More About The Movie

Heart of Stone promises to be a very epic novel. It is an extremely realistic and unfiltered form of the action thriller genre. In December of 2020, it was announced that Gal Gadot had agreed to star in the film, which is intended to be the beginning of a series in a manner analogous to that of the Mission: Impossible franchise.

Tom Harper was negotiating to become the director. The casting of Harper was officially announced in January 2021. And shortly thereafter, Netflix purchased the distribution rights to the film.

Gadot’s co-star Jamie Dornan was added to the cast in February 2022. The cast was expanded in March to include Alia Bhatt, Sophie Okonedo, Matthias Schweighöfer, Jing Lusi, and Paul Ready. Alia Bhatt, a Bollywood actress, makes her Hollywood debut with this film.