Bridgerton Season 3: All You Need To Know About The Show

Will the identity of Lady Whistledown be exposed to the Ton?

by Anurag Mishra
Reading Time: 3 mins read
A A
1 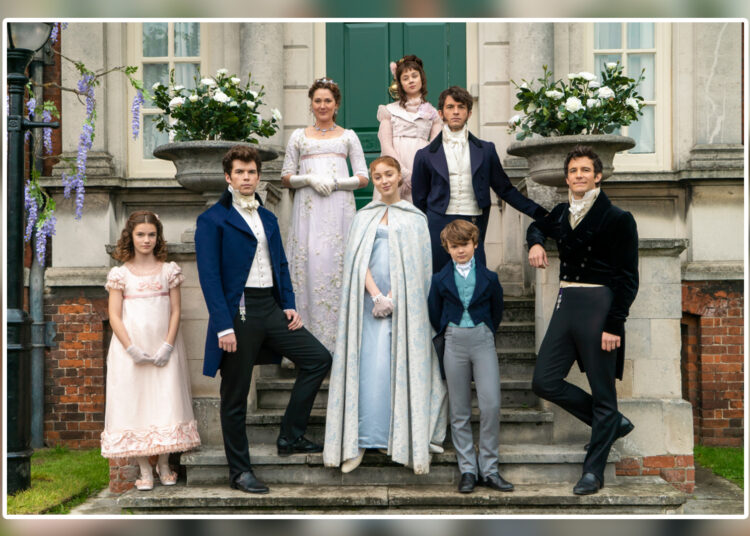 Bridgerton Season 3 Update: Ashley told Deadline, “There was a lot of push and pull between Kate and Anthony, there were complications with the family in season 2. Then, somehow, they find each other towards the end. I think everything is just beginning. I’d just love to see Kate just let go a bit more. Also, want her to play more in Season 3 and kind of swim in that circle of love together. ”

However, Eloise Bridgerton and Penelope Featherington ( her best friend ) left off on a less blissful note, with Eloise piecing the puzzle together in the final moments of the second season to find the person behind the column gossiping about the scandals of her family is no one other than Penelope.

For it to be tenser, Eloise’s blossoming relationship with Theo was damaged, and Penelope’s crush on Bridgerton has been turned into pieces as well.

The first two seasons of the series were very similar to the timeline of the books by Julia Quinn, but Netflix has confirmed that while they plan to develop each of the books into the show, Season 3 will be completely different in that sense.

Season 3 will not be the third book, An Offer From a Gentleman, which details Benedict’s journey for love, and instead move directly to the fourth book, Romancing Mister Bridgerton, which focuses on Penelope and Colin’s storyline.

Netflix has not yet officially announced the release date for Season 3. There’s a special pattern to notice from the previous seasons, except that they were released two years apart.

Nicola Coughlan will be in the season as Penelope Featherington, as will her love interest Colin and ex-BFF Eloise. Jonathan Bailey will return as Anthony along with Simone Ashley( Sex Education star ), and so will the other Bridgerton siblings — Benedict, Gregory, and Hyacinth.

However, It’s known that the role of Francesca has been recast.  Ruby Stokes will be replaced by Hannah Dodd as the Bridgerton sister since Stokes has moved on to star in Netflix’s Lockwood & Co.

Daniel Francis, Sam Phillips, and James Phoon have also been signed for the new season. They will all be featured in the period drama.

You must be thinking, What about the actor, who played the Duke of Hastings, who will not be returning for Season 3 either? It seems that everyone’s favorite star in Season 1 will remain a one-and-done character in the Bridgerton series, despite some false rumors of a return.

Netflix posted some BTS(behind-the-scenes) footage from filming which began in the summer of 2022 on Youtube. The clips show some of our favorite stars getting ready to shoot Season 3.