The School for Good and Evil Is All Set to Release In October.

The School for Good and Evil is preparing to teach heroes and villains.

by Minosha Coutinho
Reading Time: 3 mins read
A A
2 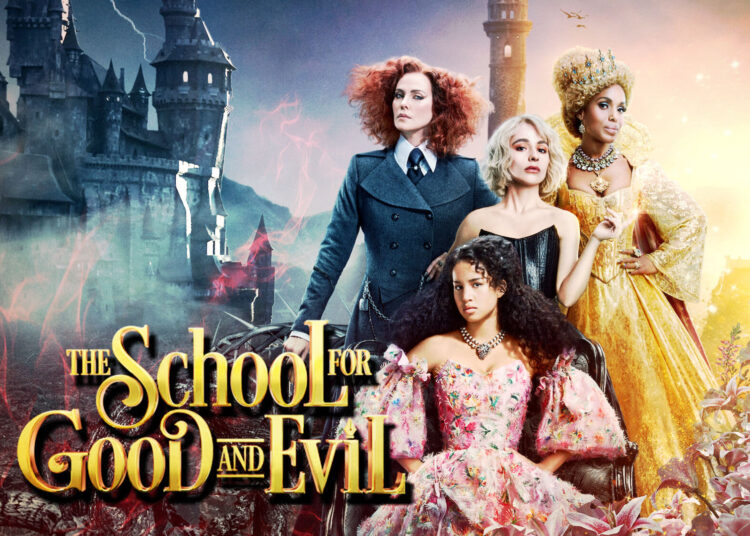 The School for Good and Evil is all set to release this month, let’s check out the details.

Have you ever wondered what makes nice guys so great at being good and wicked guys so excellent at being bad? Of course, that’s because they attended school for it!

The School of Good and Evil will is now open for enrollment in 2022.

The live version of the blockbuster novel series will be available on Netflix. Universal Pictures initially controlled the rights to the novel adaption, which has been in the process for the past eleven years. The film’s production began only when Netflix bought the film’s rights and a fresh crew was assembled to get things started.

Here’s all we know about The School for Good and Evil since it’s almost here.

The School for Good and Evil Release Date: When Will the Netflix Movie Come Out?

Over Geeked Week 2022, Netflix confirmed the release date for The School for Good and Evil: the show will be available on the streaming platform on October 21, 2022.

According to rumors, the film’s production began in January 2021, and by April 27, 2021, the actors and crew were sighted filming in Belfast Harbour Studios.

The majority of the film’s sequences were shot in different sites in Northern Ireland. Most of the primary photography was done by May 2021, with production wrapping up around July 2021.

The School for Good and Evil Cast: Who are the Actors Included in the Film?

The School for Good and Evil cast will include some of Hollywood’s biggest personalities.

What Will be the Plot?

As previously stated, The School for Good and Evil is a sequel to Soman Chainani’s novel of the same name. This is the first of six books that comprise the complete series.

The story follows two girls who reside in the village of Gavaldon, where two 12-year-old kids are chosen and sent to the School of Good and Evil every 4 years, on the 11th night of the eleventh month. This year, best friends Sophie and Agatha are chosen to join the school, but things do not go as planned.

Was there an error? Was this always going to be the way things were?

We’ll have to watch and see if the movie sticks to the novel’s basic idea and, if so, what adjustments are made.

When The School for Good and Evil is launched, it will be available only on Netflix.

It took some time for The School for Good and Evil to get the adaptation it deserved. We can’t wait to experience the movie’s new fantasy universe, and we have great expectations that it’ll be everything we anticipate it to be and more.