In which films and tv series have the primary cast members of the series been seen before? 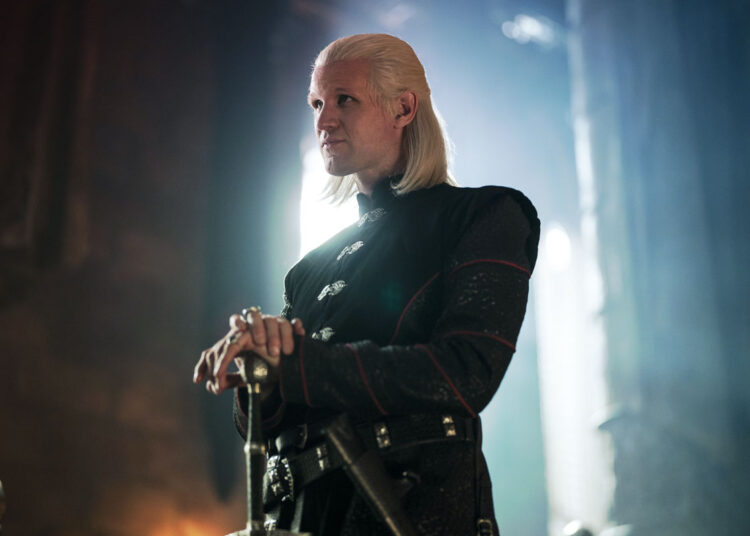 It’s almost time now. The much-awaited spin-off of HBO’s hit fantasy series Game of Thrones is now only a little more than one month away. ‘House of the Dragon’ which is adapted from the 2018 novel of G.R.R. Martin’s Fire & Blood’, will tell the story of events that happened two hundred years prior to that of ‘Game of Thrones.

Long before Daenerys Targaryen set off with her Dothraki horde and unsullied army accompanied by her three dragon children to take over the Iron Throne of Westeros, her ancestors rules the entire land.

It was the time when no Lannister lord had the whip of power over Westeros, no Baratheon gained much prominence, and no Stark made much impression on the South far away from their home in the North.

At that time only one house held absolute power- the house of Targaryen. But power was not only a blessing for the Targaryens. Instead, it is the power that precisely led the Targaryens to fight with each other that culminated in the civil war of Targaryen which is correctly known as the “Dance of the Dragons.

The plot of the series will focus on the formation and the potential clash between the two Targaryen groups which will eventually be known as the Green and the Black.

The fifth king of the Seven Kingdoms, King Viserys I chooses her eldest daughter Rhaenyra to be queen after his death. But when afterward he married Lady Alicent Hightower, Rhaneyra’s best friend of childhood and daughter of the Hand of the King, three sons are born though Viserys’ choice remains unchanged.

But after his death, his eldest son Aegon demands the throne for himself which causes the infamous internal battle among the Targaryens. The Velaryon house also gets featured in the series through the introduction of the famous “Sea Snake”.

There are a number of other ‘Game of Thrones’ spin-offs announced already which makes the wait for ‘House of the Dragon’ more exciting. Also, one of the most loved fantasy series of all time ‘Game of Thrones’ disappointed most of the viewers terribly in its final season.

Let us find out about the previous films and tv series of the cast members of the upcoming House of the Dragon.

The earliest posters of the series featured a young princess Rhaenyra standing before the Iron Throne. Australian actress Milly Alcock has portrayed young Rhaenyra in the series.

The tv series in which she starred include ‘Upright’, ‘Reckoning’, ‘The Gloaming’, ‘Fighting Season’, ‘A Place to Call Home’ etc.

The main protagonist of ‘House of the Dragon’ is Rhaenyra Targaryen who has to fight for her birthright. English actress Emma Zia D’Arcy will be seen playing the role of older Rhaenyra Targaryen. She starred in the films Misbehavior’ and ‘Mothering Sunday’.

King Viserys I is the fifth Targaryen king to rule over Westeros. He was chosen King by the Great Council of Harrenhal. English actor and director Patrick George Considine plays the role of King Viserys I Targaryen in the series.

Viserys’ brother Daemon Targaryen is the heir presumptive. He is an extremely skilled warrior and dragonrider. He pledges obedience to his niece Rhaenyra Targaryen and later the two marry.

English actor Matthew Robert Smith will be seen playing Daemon in the series. He starred in the tv series ‘Party Animals’, ‘Doctor Who, ‘The Crown’ etc. He also acted in movies such as ‘Official Secrets’, ‘His House’, ‘Last Night in Soho’, ‘The Forgiven’, ‘Morbius’ etc.

Alicent Hightower is the daughter of Ser Otto Hightower, the Hand of the King. She was the best friend of Rhaenyra and was raised in the Red Keep.

English actress Olivia Kate Cooke has played the role of Alicent Hightower in the series. She starred in tv series such as ‘Bates Motel’, ‘Vanity Fair’ and films like ‘Ouija’, ‘Limehouse Golem’, ‘Sound of Metal’ etc.

Corlys Velaryon is known as “Sea Snake” from his famous ship. British actor Steve Toussaint who has played this role also acted in the tv series ‘New Tricks’, ‘Skins’, ‘Doctor Who and films ‘The Order’, ‘Judge Dredd’, ‘Shooting Dogs’.

Viserys’ cousin Rhaenys Velaryon had been a candidate for the iron throne but Viserys was chosen by the Great Council which is why she is known as the “Queen Who Never Was”. She married Lord Corlys Velaryon.