In a recent interview Game of Thrones Star Maisie Williams revealed, she is Obsessed with BTS.

by Sameeksha Rawat
Reading Time: 4 mins read
A A
9 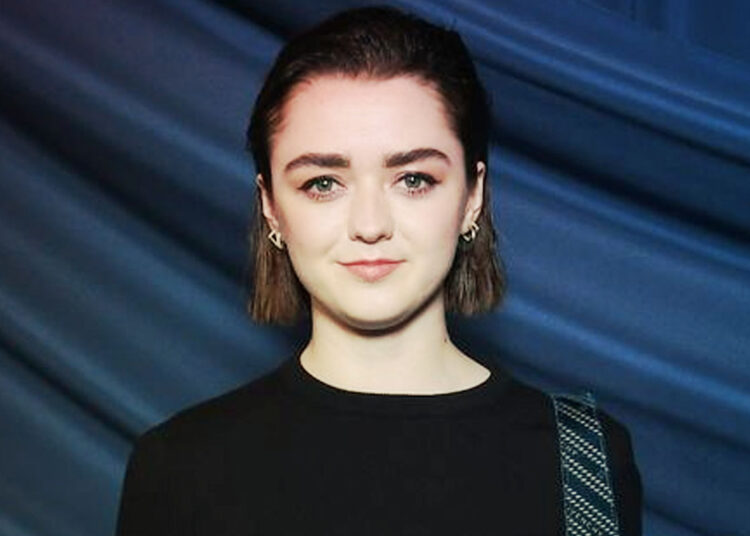 Maisie Williams is a British actress and is best known for her role in the popular HBO series.  She rose to fame with Game of Thrones and is known to be a fan of BTS. The actress has time and again admitted to fangirling the K-pop group.

Recently during an interview with British GQ, Williams was asked several questions. A Twitter user had asked her, “OMG!! Does Maisie Williams have a BTS stan account?”

She was quite happy with the question and In responded by saying, “I wish I had one. That would just be amazing. But that would also mean I could be bluffing twice.”

Before the 2019 lockdown, Maisie admitted to having attended a BTS concert. She also revealed that she was unable to see  BTS member Jungkook. This was because he was unable to perform due to a knee injury sustained during the concert.

Reviving the memory she said, “It was incredible.” Although ” I wanted to see Jungkook dance in person. But wasn’t able to because his knee was hurt. Yet, he’s my favorite,” she added.

Maisie Williams gained her fame through the role of Arya Stark. The HBO series, “Game of Thrones” has also won the Emmy Award. The show aired from 2011 to 2019. It has gained about of fans around the globe and has also amassed everyone.

According to reports, Maisie will be seen in an upcoming film ‘Pistol’. She is working alongside the Academy Award winner Danny Boyle for the project.

Pistol, the story is based on the rise of a punk rock band. The band is named Sex Pistols.

To get the first look at the “Pistol” teaser trailer!

Williams can be seen in an intriguing look in the trailer. In addition, Maisie’s character is inspired by the real-life fashion icon Jordan aka Pamela Rooke. With the caption declaring: “It is time for youth revolution!”.

Pamela would have certainly been impressed by Maisie’s look. If she would have been alive, she would have loved it. In contrast, a few weeks before the launch of the trailer, the former model passed away. Missing the opportunity to be part of the premier.

Recently, BTS is on tour in Las Vegas. There are there for a four-day residency trip. The group has already performed at Allegiant Stadium. The two days at their sold-out show for the K-pop group.

With the BTS in town, the city of Las Vegas has been turned into a purple haven for ARMYs. They performed their hit songs for the ARMY fans.

In addition, for the fans who were not able to secure the concert tickets, the boy group, rented out the MGM Grand Garden Arena for a live play of the same show.

Las Vegas, now termed Borahaevegas, has kept the ARMY fans with the best experience. Different events were hosted to help ARMYs so that they could make the most of their stay there. Also, providing BTS-themed hotel rooms, nightclubs, restaurants, and pop-up shops. Amazing the ARMYs with the whole purple experience for their BTS love.