5 Television Shows that remained on top for days and weeks in 2022, here are the lists you should try watching once. 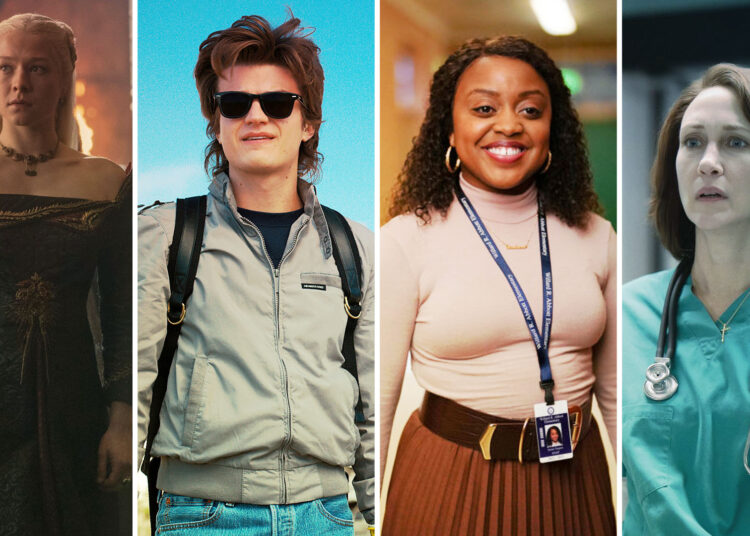 2022 is remarkable for a lot of things but when it comes to the 5 Best Television Shows Of then we have got an amazing list for it.

Television shows have become one of the biggest sources of entertainment which goes with different kinds of themes and different kinds of genres. And that’s the reason why a lot of viewers easily get attracted to such show and wants to look forward to them.

Whether it is related to romance or suspense or comedy or tragedy or even action, everything was shown perfectly with a new angle in 2022.

As the year has ended we have seen how 2022 was so bright in terms of television shows. One of the best that one can have is This Is Us.

This Is Us is NBC series that came with its final season called This Is Us 6. It has given fans the last chapter related to the family and came to a break for the entire show.

And amazing storytelling came up with amazing episodes where the last ride of Rebecca was shown beautifully. It is a family drama that has defined gorgeous settings where it was hard to say goodbye.

The next one we have is Abbott Elementary. This series has gained a lot of attention in terms of its comedy and networking. It is even won an Emmy award that teaches the life of Elementary school teachers on the daily basis.

With an amazing cast and the chemistry present between teacher and student was seen coming with the second season as well. No wonder, it is one of the most touching series present in 2022.

One of the most awaited series that was seen in 2022 is The Stranger Things Summer. It was released in the summer of 2022 and has recorded many records with Netflix.

The series came after 3 long years of waiting and that’s the reason why the story and plot were worth watching. Because of its popularity, The Stranger things got renewed and will come again with its final season.

House of the Dragon – 1 Season

Whether it is related to the characters or even the design, everything fits well in the first chapter of the series. It includes the introduction of Deadly Dance of the Dragons which was shown in the first episode.

Five Days At Memorial again remained one of the best shows of 2022 as it is also remarkable for being one of the most important series in a long time. It is related to the devastating impact that was caused because of hurricane Katrina.

The doctors and nurses present at the local Hospital have shown how things become difficult in real-time. While they were trying to save patients things related to all emotions came down in one go.