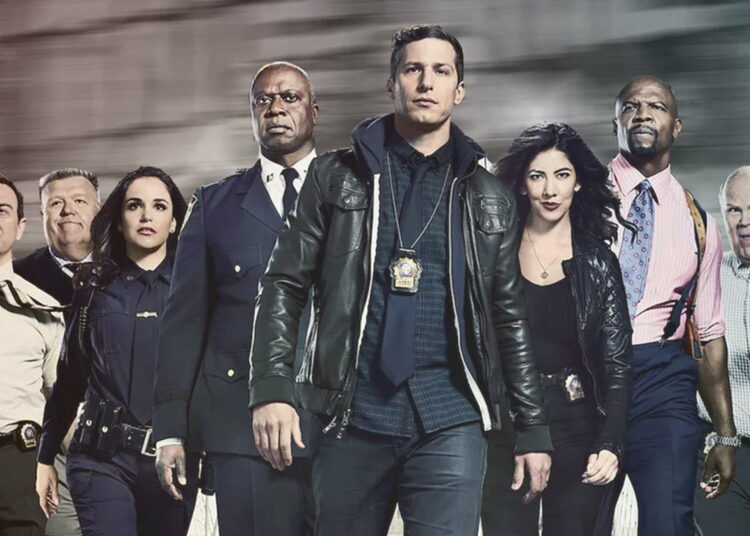 The trailer gave us the release date of August 12. It’s news that has fans excited and heartbroken at the same time as the new season is coming but the series is nearing its end.

Brooklyn Nine-Nine is a creation of Dan Goor and Michael Schur. The series focuses on Jake Peralta portrayed by Andy Samberg who is a New York City Police Department (NYPD) detective in Brooklyn’s fictional 99th Precinct. He is rebellious and fun with a little childish behavior.

The teaser trailer consist of a montage containing the series most funny and memorable moments from the Nine-Nine’s past while celebrating the series accomplished milestones in the run.

The show has been running for 8 years and one of the memorable parts involved 7 heists episodes. In the heists department is divided into temas in order to steal a item or artifact and earn the title of “amazing detective-slash-genius” as a reward to be the best of the best.

The series had also had its epic and memorable “32 sex tape title” jokes. It has been a very good run for the show and show might have something in is pocket for the final season but its finally the time to say goodbye to our beloved characters.

The Initial part of the teaser involves interviews of the cast which involves Melissa Fumero who plays Amy Santiago stating that the Brooklyn Nine-Nine changed her life, a feeling that fans would definitely agree on.

Andre Braugher who plays Cpt. Holt celebrates the incredible experience he had playing his iconic character and Terry Crews who plays Lt. Jeffords looking at the camers saying that its been so much fun.

Hopefully, we are about to get a fun and exciting ending season as we get more sex tape jokes more, a lifetime obsession of yogurt and at least one more fun and exciting heist. But the teaser suggested on thing is done that they are going to go off air with a bang and attaining glory.

Brooklyn Nine-Nine’s final season will come out on August 12.