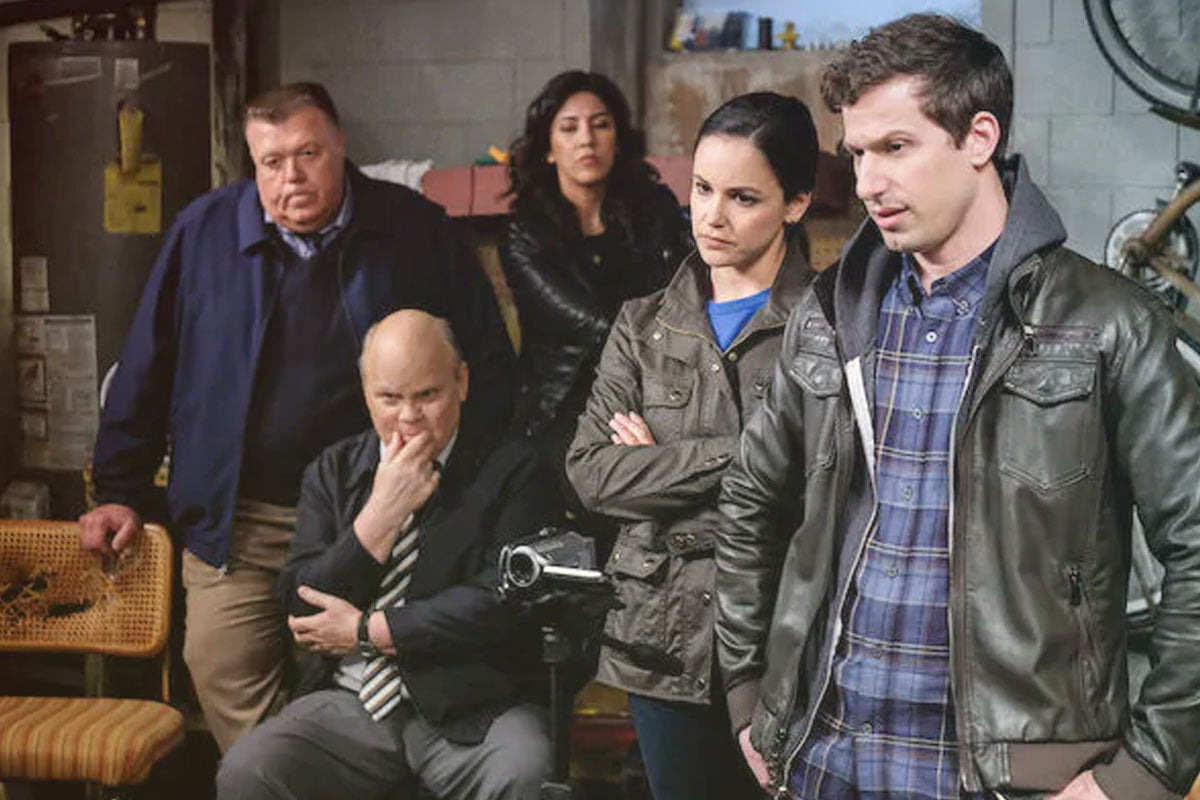 The news got confirmed when Joe Lo Truglio, who is playing Charles Boyle in the series, posted a picture alongside with Co-stars Stephanie Beatriz (Rosa Diaz), Terry Crews (Terry Jeffords) and Melisa Fumero (Amy Santiago) on the sets and which was Captioned as “we are home” SEASON 8.

Earlier, the show’s season 8 was all set to get released in 2021, but due to the current global situation, the production was delayed.

The series got acclaimed by the critics and was awarded two “Creative Arts Emmy Awards” and a Golden Globe Award for Best TV series Musical or Comedy.

The series sets in fictional 99th Precinct of the New York City police department in Brooklyn.

It is about a team of detectives headed by the overly serious, newly appointed Captain Raymond Holt (Andre Braugher).

About the release of the season 8, the NBC has very wisely tightened their lips because of the current global situation.

At the time of announcement, Terry Crews revealed that the show’s script has kept on changing according to the current situation in US and the black lives matter movement going on, as the show has to portray the situation and wouldn’t shy away, from dealing with it.

As the makers hope to come up with something totally ground breaking this year,

Co-star Andy Samberg added that, “Our job is pointing out that stuff isn’t getting done right and spreading the word that we’re hopeful that it can get better.”

He stated that they try to depict the police force in more realistic ways, and also he said, “‘our characters need to examine their roles in the world’.

He added: “They’re going to be forced to look in the mirror and see who they’re complicit with.”

The show is expected to release next year with a bang, let’s see what it holds for us.