Hollywood Celebrities & Their Side Hustles!!!

Some of these Hollywood Celebrity side hustles are projects that the celebrities are passionate about, while others are investments. 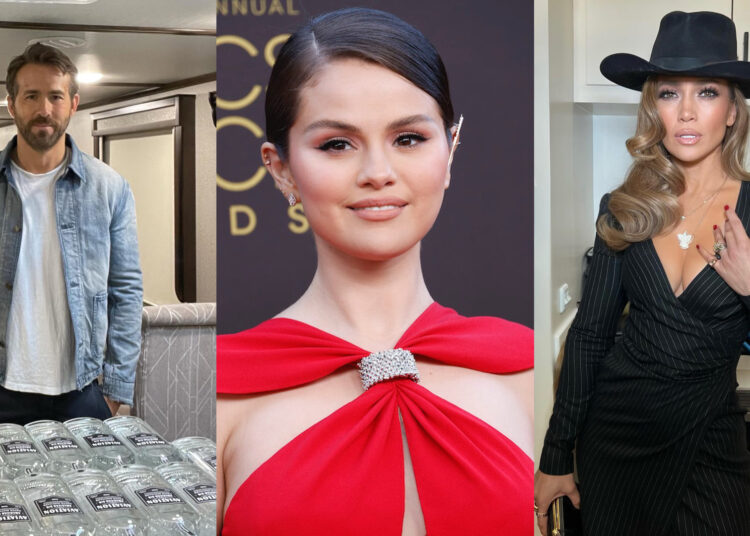 For many people, having a side hustle is a necessity, and for Hollywood celebrities, it’s just another method to market their brands and make money. You might think that appearing in the highest-grossing movies or producing albums that top the charts would be enough to keep these celebs busy, but it turns out that they are also working on their own personal side projects. You’re going to think it’s hilarious how weird some of these are.

Celebs have a wide range of professional interests up their sleeves, from cheese-making to owning bakeries and haircare brands. They also have the extra means to make these unrealistic ambitions come true.

Hollywood Celebrities & Their Side Hustles!!!

The following is a list of some of the most successful celebrity side hustles.

Beyoncé has developed an empire that isn’t dependent on just her music. She is involved in many different types of investments, some of which she does with her husband, Jay-Z.

She has her own company, which houses a number of business endeavors in addition to investments. Her company, Parkwood Entertainment, has contributed to the creation of film music. One of its most recent initiatives was the reintroduction of its Ivy Park activewear line.

July Moon Productions, Selena Gomez’s very own media production firm, has collaborated with Netflix in the past.

Selena also has a number of side ventures. Over the years, Gomez has collaborated with other companies to launch apparel or accessory collections. Her past and present collaborations with brands include the Dream Out Loud juniors collection from Kmart, the Strong Girl and Rising Class clothing lines from PUMA, the Coach x SG handbag, and subsequent clothing lines.

Another hugely successful female pop star who is also an investor in a production firm is Jennifer Lopez, who owns a stake in Nuyorican Productions. Jennifer Lo’s clothing business debuted in 2001, about the same time that Nuyorican debuted.

It is currently made in collaboration with Kohls. The company has built a reputation for designing clothes that suit all women, regardless of size, rather than just those that the star herself would wear.

Goldberg, a veteran comedian, and actress has now added medicinal marijuana entrepreneur to her list of accomplishments. This celebrity’s side business specializes in providing medical marijuana to women with menstrual cramps.

There will be four products available at California medical marijuana shops under the brand name Whoopi & Maya. All of the products—the balm, the tincture, the sipping chocolate, and the bath soak—will have marijuana incorporated into them.

Scarlett Johansson seems to have led a privileged life as a gifted actress. That, however, wasn’t always the case. She disclosed that she experienced hardship as a child when she made an appearance on “Inside the Actors Studio” earlier this year.

That is why her opening a gourmet popcorn shop last year was such a significant thing for her. She is currently balancing her thriving acting career with her store.

Ryan Reynolds co-founded Aviation Gin as his first company. Reynolds’ side business started after he tried the gin for the first time and fell in love with it, leading him to invest in the business right away.

The “Deadpool” actor made a smart purchase, as in 2020, he sold the business for a staggering $610 million.

The actress, known for her successful acting career in movies like “Almost Famous” and “How To Lose A Guy In 10 Days,” has also found success with her side business, Fabletics.

Hudson co-founded the business, which distributes reasonably priced, fashionable workout clothing for women and generates over $500 million in annual revenue.

Jessica Simpson, a well-known singer, actress, and television personality, manages a number of enterprises in addition to her career. She is the brains behind a hugely popular line of shoes and handbags today and is known for being a prominent fashion designer.

The Jessica Simpson Collection, a line of shoes and handbags, became the first celebrity-owned company to have annual sales of more than $1 billion.

In addition, Simpson carries a collection of designer perfumes as well as hair and cosmetic products. Since 1999, this entrepreneur has been keeping herself busy by creating multiple avenues of income while at the same time maintaining her day job.