That '90s Show on Netflix is a nostalgic look back at the '90s and That '70s Show. This show is endearing and has a lot of potential because of its funny moments that are nostalgically loaded. 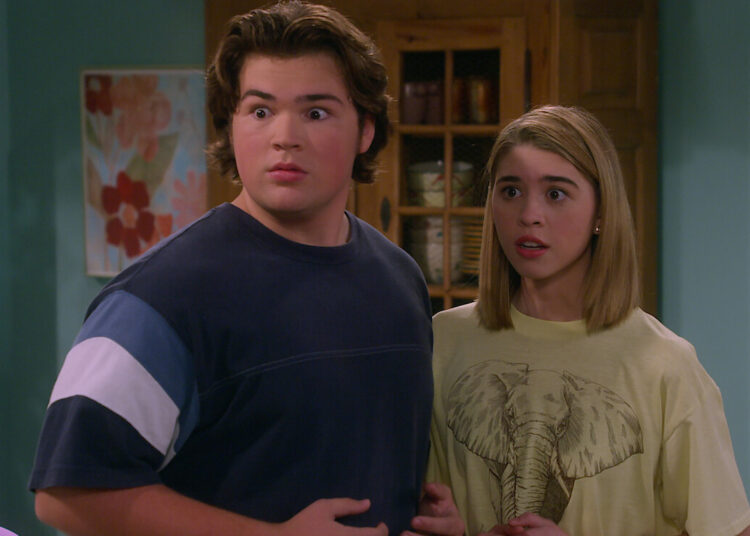 That 90s Show, a spin-off of the 1998 television show “That 70s Show,” introduces a new group of teenagers to Point Place, Wisconsin. The plot centers on a young woman named Leia Forman, who is a teenager at the time, and who visits her grandparents, Kitty and Red, during the summer of 1995.

As soon as she gets settled in at Point Place, she starts hanging out with the kids in the neighborhood and quickly makes friends with Gwen, Jay, Ozzie, Nate, and Nikki. While enjoying a new decade and the chemistry amongst the new actors, “That ’90s Show” mainly adheres to the successful format of the original. Here is everything you might want to know about the ending of ‘That 90s Show Season 1.’

This show kicked off with cameos by characters like Red, Kitty, Eric, Donna, Michael, and Jackie; however, by the time it came to an end, it had developed its own personality and was no longer dependent on the cameos for its success.

Although this comedy is set in the 1990s, it is very much organized like a 90s sitcom, so we would say that it took a while to get into it. And the way that the jokes were told, the way that the set was designed, and the acting that was just a little bit over the top. But in the end, it worked in a peculiar way of its own.

We witnessed all of the key characters going through a lot throughout the course of the summer as we approached the show’s finale. The crew, which included Leia, Gwen, Jay, Nate, Nick, and Ozzie, spent the entire summer getting into mischief together and simulating how summers are spent as a team in the United States.

Having fun together while partying, hanging out in the basement, and doing other activities. It’s almost identical to how we see it portrayed in movies from the 1980s.

What Exactly Happened Between Leia and Jay?

After beginning with a brand new group of friends, which was kick-started by Leia’s arrival from Chicago, the friends’ group evolved in a very dynamic way. By the midpoint of the season, Leia’s initially innocent crush on Jay had developed into a committed relationship. The young couple experiences their fair share of ups and downs throughout the brief time that is depicted in the first season.

However, since Leia had to go back to Chicago, things could not last forever. Jay broke up with Leia at the end of the season because he was afraid of the dedication required to maintain a long-distance relationship. However, Jay came back to beg Leia just before she left.

Leia, on the other hand, appears to be juggling many different issues. Jay begs her to give him another chance, but she refuses and says she will call him when she gets home. As a result, their connection is left in an unclear state. There is no way to tell if they ended their relationship permanently because the season ended soon after this.

Thus, as Leia’s romantic life takes a significant turn in That ’90s Show season 1, enormous changes are in store for the Point Place, youngsters as they return to school for the new academic year.

In That ’90s Show, does Leia end up Kissing Nate?

Even though Nate is in a relationship with Nikki, Leia and Nate seem to be getting closer as friends around the end of the first season. In episode 9, they came very close to locking lips, which is what led to Leia’s confusion in episode 10.

Even though nothing ever transpires between Leia and Nate, they undoubtedly share feelings that they haven’t had a chance to explore. Both of them feel bad for having these thoughts because Nate and Nikki are still together. In a second season, we might find out what happened to the Jeia and Neia ships.

That ’90s Show on Netflix is a nostalgic look back at the ’90s and That ’70s Show. This show is endearing and has a lot of potential because of its funny moments that are nostalgically loaded.

The show maintains the same structure as the original, which is good for the characters and their plots but leans too much on the original ensemble, giving the current generation of bright teens little room to truly grow their relationships with one another.