That '90s Show's Season 2 renewal hasn't yet been announced by Netflix as of this writing. 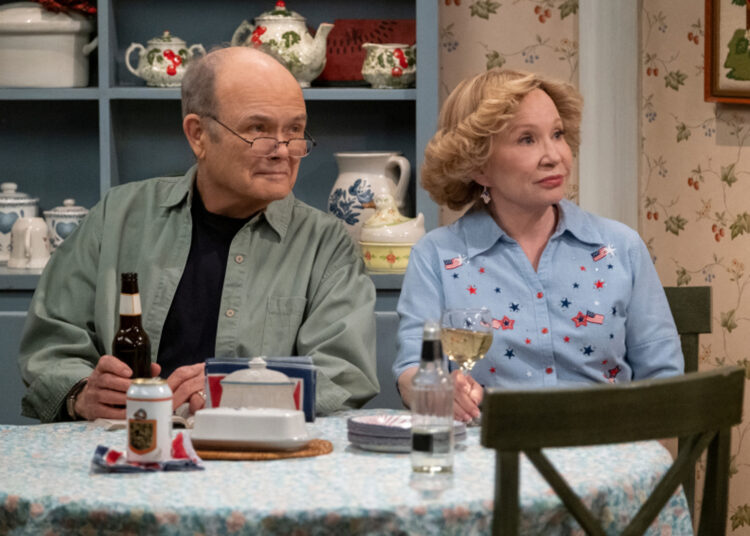 Netflix recently released That 90s Show, and nostalgic fans are already wishing for a Season 2. And to be really honest with you, we can’t say we blame them because of the popularity of the first season. So, everything about “That 90s Show” Season 2 will be covered in this post.

The Netflix original sitcom That ’90s Show is a continuation of the That ’70s Show series. The series was created by Bonnie Turner, Lindsey Turner, Gregg Mettler, and Terry Turner, and directed by Gail Mancuso. The sitcom is produced by Casey Werner, with Marcy Carsey and Tom Werner named as two of the show’s executive producers.

It is now the year 1995, and Leia Forman is spending the summer with her grandparents in Point Place, Wisconsin. There, she forms friendships with a new generation of children from Point Place under the careful eye of Kitty and the stern gaze of Red.

Although Netflix hasn’t officially announced a second season, we’re likely to find out more shortly. Here is all the information we currently have regarding That 90s Show’s potential second season on Netflix.

That 90s Show Season 2: What Is The Potential Release Date?

That ’90s Show’s Season 2 renewal hasn’t yet been announced by Netflix as of this writing. The viewing data and other elements, together with the fact that the show has only recently been added to the platform, will have a significant impact on the series’ direction over the following month.

We’ll be able to make a general prediction about whether or not That ’90s Show will be renewed once we have viewing statistics. In the past several years, Netflix hasn’t exactly had the best track record when it comes to producing comedic series.

This is something that should be noted. Since May 2021, only Wednesday and Mo have been renewed from the slate; both renewals occurred in January 2023.

On the other hand, based on other shows that are available on Netflix, it is unlikely that we will see new episodes in the near future, and it is possible that a second season will premiere in late 2023 or early 2024.

For the second season, we anticipate that the majority of the cast will return.

There is a possibility that former cast members of That ’70s Show will make additional guest appearances, including the following:

It is possible that sending Leia back to Point Place once more for the summers could work for That ’90s Show season 2, but it is more probable that the makers will need to find a means to keep her in Wisconsin permanently in order for the show to continue.

It would appear that moving Eric and Donna would be the best option, but that can’t happen until Grace and Prepon agree to play regular characters in subsequent seasons of the show.

Leia’s parents may find it difficult to let their daughter go, but taking into account that this may be what she truly wants, they may agree to an arrangement where she lives with her grandparents.

That being said, it’s difficult to predict exactly what lies ahead for Leia and her friends right now, but as soon as Netflix makes a decision regarding That ’90s Show season 2, the future of the show may become clear.

Where Can You Watch That 90s Show?