In Love All Over Again, a Netflix original series, will be released on Valentine's Day! 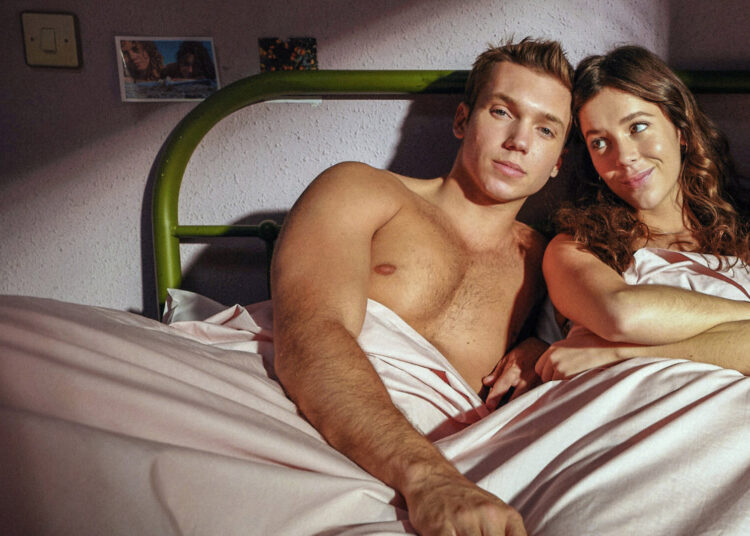 In a new teaser, Netflix has revealed the release date for their upcoming Spanish romantic comedy series, In Love All Over Again. In addition, the streamer revealed in the trailer, which is just over a minute long, that Carlos Montero created the series.

In Love All Over Again Official Teaser

The teaser clip begins with an introduction to a busy college campus filled with students. The teaser begins with a young man going down a crowded street, smiling at someone heading from the opposite direction. He is then introduced as “This is Julio” by a narrator’s voice.

Then we see a young woman named “Irene” approaching him. Julio smiles and waves his hand, and Irene smiles back. As they get closer, Julio is glimpsed, hugging a guy, and Irene passes by him. Julio and Irene seem not to look at one other.

It’s unclear if they were merely strangers at the time or whether they knew each other but ignored each other. In this instance, the date is October 23, 2003, in Madrid. It suggests that Irene and Julio first crossed paths in 2003.

In 2021, Irene was sitting at a table, typing a fiction script on her laptop. This indicates that the storyteller is none other than Irene herself. The couple will fall in love several times, only to split up and repeat the cycle for a long time.

“This is one of those stories where you know what’s going to happen,” she types down. But you want to see how they get there.” As she finishes her phrase, she pauses for a while before deleting it all to add, “Or maybe it’s one of those stories you don’t know. That’s even better.” She ends her story summary with, “Ready to begin,” satisfied with this brief phrase.

In Love All Over Again follows Irene, a young film student searching for a star for her short film. Step forward to Julio, a classmate she ends up falling for and starting a two-decade rollercoaster relationship.

This is different from your typical love story in which the lovers end up at the altar despite several setbacks. This series shows that love can come in many forms. If you’re excited to watch where Julio & Irene end and how much they will fall in love only to break apart or promise a forever together, switch on the remind me option on Netflix.

Cast members, we might see in In Love All Over Again.

This film, starring Franco Masini, well known for his part as Luka Colucci in the series Rebelde, and Georgina Amorós, best known as Cayetana in the Elite series, will show a love story between two young people and whether or not they will end up together.

The directors of this movie are Ginesta Guindal, Bàrbara Farré, Mateo Gil, and Carlota Pereda.