Marguerite is one of the main figures in "Women at War." She travels to Saint Paul in the hopes of finding Colin, her son. 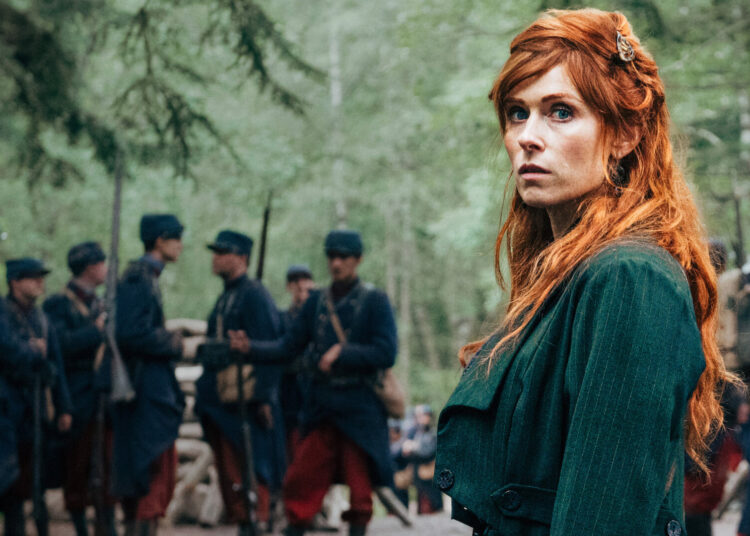 The historical film ‘Women at War,’ which can be streamed on Netflix, tells the story of four women who come from quite different backgrounds. Their lives drastically change as the First World War begins, and the situation in their small French village of Saint Paulin becomes extremely dangerous very quickly.

Over the course of eight episodes, the plot changes dramatically as various secrets are revealed, and the women are pushed into circumstances from which they seem unable to escape. We are left wondering what will happen to each of them after the ending, which leaves the town and them both in a highly ambiguous situation.

So, here in this article, we will discuss in detail the ending of the drama ‘Women At War.’

Women at War Ending Explained: Everything Related To The Ending Is Here.

The events of ‘Women at War’ take place in 1914, one month after the outbreak of the First World War. Because it is a strategic vantage point that will direct the way to Paris, Saint Paulin will become an important position for both France and Germany.

It is crucial for France that the town stays under French control because if it does, the Germans will find it very simple to conduct an attack on Paris. Similarly, the Germans are eager to invade it as quickly as possible.

Things get worse for the citizens of Saint Paulin as the conflict rages on. There are more soldiers and injured people overall. By the time the series comes to a close, Saint Paulin is not merely on the verge of being overrun by enemy forces.

There is still hope for those who are willing to go to all lengths to rescue their town and their country even though it is prepared to burst down the door.

Does Marguerite Die In The Series?

Marguerite is one of the main figures in “Women at War.” She travels to Saint Paul in the hopes of finding Colin, her son. We wish for her to have a happier conclusion, even if there is a good likelihood that she will pass away. She only wished to see her son once more.

All the risks she takes during the series are for him, even the one that brought her all the way to Saint Paulin. In light of this, we sincerely hope that she recovers from her injuries and attains her goal of having a close relationship with her son.

Additionally, it would be a satisfying conclusion for Colin, who would finally be able to include his mother in his life after being reunited with her.

What Happens to Caroline?

Caroline focuses on seeking protection for her family. Since the season premiere, it has looked that no matter what she does, she is doomed to failure, and this has been the case throughout the entire show.

However, Caroline was ultimately able to free herself from all of those problems. As a result, Caroline, her daughter, and her mother-in-law get into the car and flee to the residence of a relative while it is still safe.

The narrative of Women at War recounts the experiences of four women who make significant contributions to the war effort in ways that are not directly related to combat and who serve as an example for everyone.

Netflix is currently streaming the show. Women at War is undoubtedly a compelling movie that portrays warfare in a new way. The show is one that you can watch in one sitting thanks to its consistent pacing, well-written characters, and setting.

The makers of the sets do an excellent job of creating a realistic wartime setting. While watching the performance, a viewer may see the general sense of disarray in the area. The four characters’ stories each receive an equal amount of time. All four of these individuals emerge as role models, with none of them overshadowing the others.

Even though it is only focused on the women fighting at home, the show manages to depict every facet of the conflict. The program doesn’t strive to only portray the heroic aspect, but rather the horrors of the war, the trauma the troop’s experience, and the things they rely on to get through are some of the things that are nicely put together.

Last but not least, the show is full of both good and bad men. The first few episodes of the show allow viewers to witness how brutal the soldiers are. They also get to meet people like the German soldier who, towards the conclusion, rescues Caroline, her daughter, and Maurgreite from the troops despite knowing what will happen to them.