Millie Bobby Brown is an actress and producer from the United Kingdom. She is well-known for the significant part she performed in the Netflix hit series Stranger Things when she was just 12 years old. 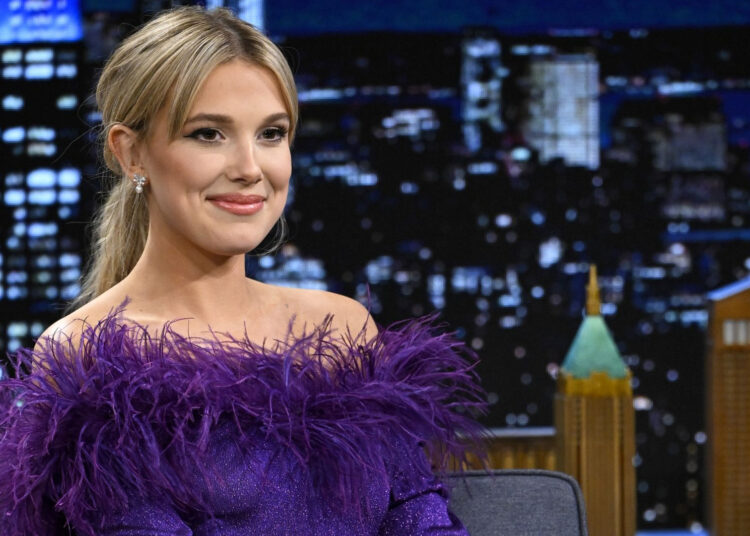 Millie Bobby Brown is an actress and producer from the United Kingdom. She is well-known for the significant part she performed in the Netflix hit series Stranger Things when she was just 12 years old. She portrayed Jane “Eleven” Ives, a pivotal character in that series. The first episode of the series aired in 2016, and it is still airing now. The series has had four seasons total up to this point.

Millie Bobby Brown not only impressed the audience by portraying the character with such ease at such a young age of twelve, but she also drew the attention of the critics. She achieved progressively greater success over time. She then made her big-screen debut in the well-known monster film Godzilla: King of the Monster, which debuted in 2019.

Her success in the film industry piqued viewers’ interest in learning more about her business endeavors, and side hustles jobs outside of acting. So, to know about Millie Bobby Brown’s other side hustles, read this article till the end.

Net Worth Of Millie Bobby Brown

In addition to being one of the most well-known models, Milly Bobby Brown was also well-liked on both the small and the large screens.

She has been a member of numerous well-known shows since a very young age. Within the first season, she demanded somewhere around $10,000 for each episode that she filmed. Her fees increased in the second season, and she received a payment of almost $30,000 per episode.

She eventually received roughly $6.1 million for her work in the 2019 film Enola Holmes. She not only works as an excellent actor but also runs other successful businesses. Milly Bobby Brown has a net worth of $10 million as a result of everything.

Also Read: Madonna Announced Tour After 4 Decades, Tickets Would Be On Sale Soon!

In addition to acting in the movie version of the Enola Holmes Mysteries book series, Millie Bobby Brown now has a producing credit on her portfolio. Celebrity Net Worth reports that Millie received $6.1 million for her performance in the first Enola Holmes movie, plus an additional $500,000 for production.

Millie is equally successful as a model off-screen. After taking part in their “By Appointment” campaign in 2017, she was named one of Calvin Klein‘s faces. She took part in the brand’s holiday advertising as well.

Millie also became an IMG Models client in 2017 when she signed a contract with the agency. She then took part in a campaign for the clothing company Moncler in 2018.

There are yet more brands that Millie works with. She has been in Citigroup advertisements and collaborated with Converse on a line of clothing. She has numerous collections out with Vogue Eyewear, and in 2019 she started working as a brand ambassador for Pandora Jewelry. These various endeavors have continued to bring in revenue for the celebrity.

Even Millie has also made money by playing video games. She worked with EA Games on The Sims 4 in November 2018 as part of their positivity challenge, which calls on players to do kind deeds for other Sims in order to earn rewards.

Millie now has a unique identity. She spent two years developing Florence by Mills, a clean cosmetics company. It emphasizes cheap, cruelty-free skincare and makeup. A majority share in the business, which was created by brand incubator Beach House Group, was acquired by Millie and her family in 2020. Because of this, she will have an increased level of control over the company.

Brown was the third of four children to be born to British parents Kelly and Robert Brown, an estate agent. She was born on February 19, 2004, in the city of Marbella in the province of Málaga in Spain. She had some hearing loss in her left ear from birth, and over several years she eventually lost complete hearing in that ear.

Beginning her career in 2013, Millie Bobby Brown made a guest appearance on the well-liked fantasy drama series Once Upon a Time in Wonderland. The show was shown on the well-known ABC channel.

As a result of the show’s popularity, another spin-off, Once Upon a Time, was created. She was the one who won the audition for the lead role of Young Alice in that show as well.