Korean dramas reached at its peak as many viewers are interesting in it, here are the best of 10 K-dramas for beginners to watch.

by Kumari Kriti Raj
Reading Time: 7 mins read
A A
0 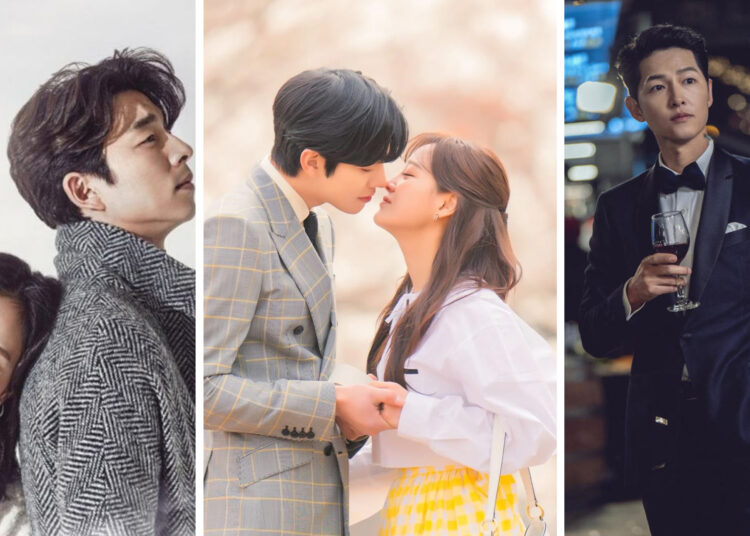 Korean drama has become one of the finest ways of entertainment as it has many flavors. Whether it is related to domestic drama or related to romance, everything comes great. These all things started changing in 2016 which has brought a new era into the world of Korean entertainment. Later on, got popular with the Squid Game took the world by storm and then many other dramas followed.

Here Is The Best 10 K-Dramas List For Beginners To Watch.

The first one that comes is the recent release called A Business Proposal which is a romance drama. It is related to a CEO falling in love with a normal middle-class woman who was pretending to be a wealthy woman.

2. Descendants of the Sun

2016 hit Korean drama called Descendents of the Sun is one of the best to go with. It is because of the romance and drama that follows in the series. There are two leading characters falling for each other but apart from it, the supporting characters also became the core.

It is related to a military guy falling for a doctor however, their fate separated them. After many months they came back together with disaster happening in their life through an earthquake.

It is considered to be the best comedy romance ever presented in the world of Korean drama. The leading character, that is the girl of the title, is a superhero who possesses great power. Women with supernatural strength felt her power to be a burden and that made her away from feminine qualities.

However, everything about her was loved by a CEO who hires her as his Bodyguard.

Goblin is again a romance comedy which is about supernatural drama. It is about a girl who can see modern-day Goblin and about a Goblin who needs to marry a human. To put his Immortal life to an end, the man started falling for the leading girl character.

A true romance then comes into the story however, the separation followed that made things very sad. A part of the story, also follows a bromance between two leading male characters.

5. The Legends Of Blue Seas

Just like any other Korean drama, The Legends Of Blue Seas is also a romantic comedy. It is between a normal human and a mermaid whose tears become pearls.

The leading man is nothing but a thief who later on changes his life for the sake of the mermaid. And when it comes to the mermaid then she is head over heels for the man and in the end, they started their family.

It is a medical show that is pretty much common in Korean dramas. The focus is on 5 best friends from Medical School that are related on the journey of becoming accomplished doctors who are working in different departments.

It has two seasons and characters grew and is developed according to the expectation. The story follows romance and also the daily struggles of doctors. Apart from it, it also deals with the issues of children and divorce.

Started with souls living in a hotel, living for centuries, and it soon converted into a romance. The hotel is under the hands of a female lead who learn to love again in her life and falls in love with the Hotel Manager.

Apart from being a love story, is also known for great cinematography as well as acting present through all the actors.

The 2021 Netflix series is a legal drama that is set in the courtroom. The series is not just of one particular theme but carries much diversity. It is related to the Italian mafia who came into the story to get hidden gold.

From carrying thrill and mystery, the series also forms a romance between the two leading characters. It also becomes a family drama on the side which can be seen through many scenes.

It is an underdog story that is related to corruption and considered to be as 2020 best drama present on Netflix. The series was released years ago but it is still loved today because of a typical story that goes with the present and dealing with the rest of life.

When the father of the leading main character passed away then he decided to open a restaurant. But his past always comes in front however, he tried to make new friends at the same time.

Mr Sunshine is set in 1900 and related to Korean activists fighting for their Independence. The series is remarkable for its ending which is related to the Japanese occupation. It also follows the love story that is somewhere set in history which becomes interesting to the audience. Apart from being a love story, it also has a political aspect that becomes very approachable to watch