Kim Kardashian is again ready to recreate iconic look but this time of Princess Diana!! 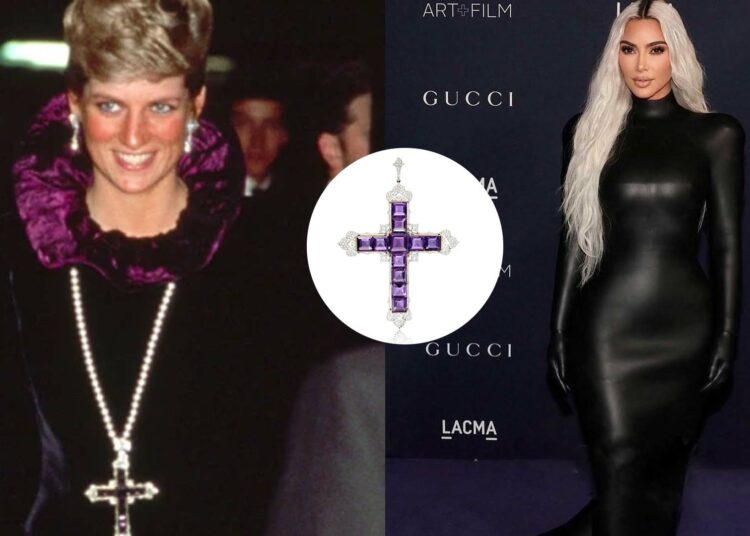 Kim Kardashian bought the iconic diamond cross of Princess Diana worth $200k. We have seen how celebrities try to match their fashion with other amazing celebrities.

Whether it is related to following the trend or making their style, celebrities also can’t help but look forward to some of the classic fashion and iconic things. If we talk about iconic things then a lot of celebrities are recreating some of the looks by getting themselves a similar or the same look as some other celebrities.

Kim Kardashian Bought a Diamond Necklace Of Princess Diana Worth $200k! in An Auction Held on 18th January 2023.

Kim Kardashian bought it in an auction that happened on 18 January 2023. As per the source, it was almost $200k. Coming to its feature then it has a bold pattern and is arranged cut like a cross. This necklace was worn by Princess Diana in 1987 in London England. This necklace was given to the princess by the Garrard company.

It is not the first time when Kim Kardashian has tried to get the classic look on herself. We have already seen such a thing in the case of Marilyn Monroe and the way Kim Kardashian got on the red carpet of the Met Gala 2022. She has purchased the jewelry of a screen goddess named Elizabeth Taylor and many other celebrities.

Because of her iconic and unique choice of jewelry and dress, Kim Kardashian was once targeted by robbers in 2016. It was in a Paris hotel which left her in a traumatized situation. She was robbed at gunpoint while visiting Paris fashion week on 3 October 2016. According to the reports, five men dressed like police officers and took the jewelry worth $11 million.

She has also shared about all these things in 2017 with tears. According to Kim Kardashian, it seems like it was meant to happen to her.

She continued and said: “It was probably no secret – and you see it on the show – I was being flashy and I was definitely materialistic before.”