Extraction 2 is the most-awaited Netflix Original film starring Chris Hemsworth, which release date has been announced by Netflix in a latest promo. 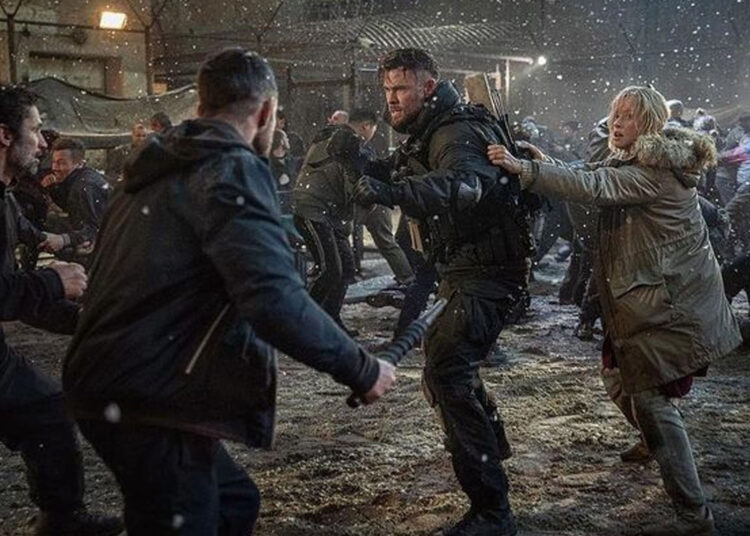 Extraction 2 is in the news after its first treased was released at the Netflix TUDUM event a few months back and a new first look of the movie was also released by the streaming giant on their Youtube Channel.

Chris Hemsworth starring Extraction 2 will revolve around the black ops mercenary Tyler Rake, who had been seen dead in the first installment which had many Bollywood stars like Pankaj Tripathi and Randeep Hooda.

Now in its second part, Tyler will be back with her partner Nik Khan (Golshifteh Farahani) and Yaz Kahn (Adam Bessa) in a new mission. If you don’t know the film series has been written by Joe Russo and is based on the novel named ‘Ciudad’ written by Ande Parks.

What’s new in the latest promo of Extraction 2?

As of now two first-look videos and one teaser of Extraction 2 have been released by Netflix, in which we can see how Tyler survived the bullet in Bangladesh in the first installment.

And in the first look video, we can see the filming of a few scenes in Sydney, Australia. From the BTS video, we can understand what will be the level of activity in the upcoming film Extraction 2.

What can be the Plot of the Sequel?

But in the recent SAVE, THE DATES video on Netflix we got some new footage of the film in which we can see Tylor on the top of a train somewhere in Australia. We can see him fighting near a nuclear reactor, which means there will be an angle of Nuclear Weapons in the upcoming film. Next Tylor (Chris Hemsworth) can be seen in the woods fighting with an axe.

Tylor’s partner Nik Khan is also back in the film and I think she will have a much bigger role than in the first installment in the sequel.

Although there were rumors that Randeep Hooda’s character Saju may be back in the second installment we have not seen any of his footage or related news on the internet. There were also some rumors that Saju will get an independent origin film very soon, but we cannot confirm it yet.

Chis Hemsworth has also confirmed the news on his Instagram Profile, where he has posted a picture from the film Extraction 2 in which he can be seen with his co-actress fighting with enemies.

He has mentioned the release time here in the caption, where he has written:

Extraction 2 coming at you this summer. Let’s go!!!

So If you have seen the SAVE THE DATES video by Netflix you may have seen the release date. So, as per the video, we can confirm that Extraction 2 will be released on June 16, 2023. So be ready the fans of Tylor and Chris Hemsworth, He is coming Soon!