The Baahubali star Tamannaah Bhatia is one of the most gorgeous divas in the industry and her IG posts are a treat for the fans. 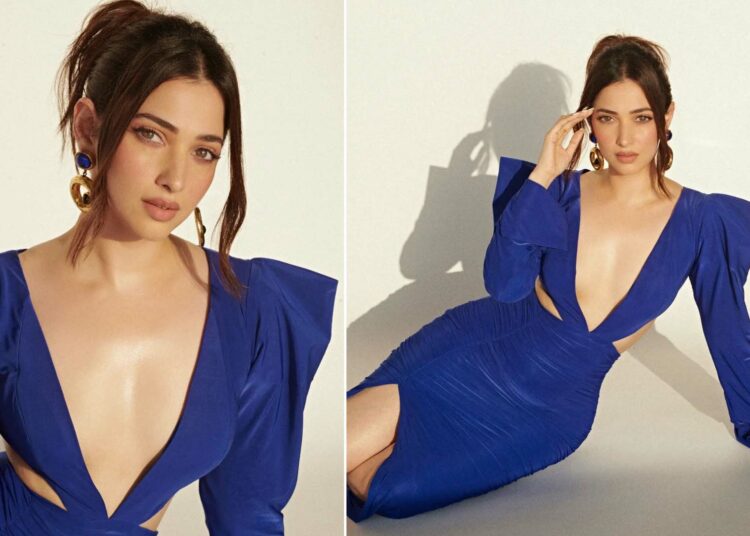 Tamannaah Bhatia is one actress who is simply a definition of beauty, the 33-year-old is one of the most naturally beautiful divas in the Indian film industry, her flawless charm and persona are just irresistible.

Besides her divine beauty, Tamannaah is also a very talented actress who has worked across several film industries in India in her two-decades-long and illustrious career, which includes movies in Tamil, Telugu, and Bollywood industries.

Tamannaah started her acting career back in 2005 with the Bollywood industry at the age of 15 her first movie was Chand Sa Roshan Chehra, and in the same year, she made her Tamil and Telugu film debut too.

Over the years, Tamannaah has worked in over 60 films altogether across different film industries and has won tons of awards and accolades.

Tamannaah made her Bollywood return in 2013 with the movie Himmatwala, but it was the year 2015 that took her to the pinnacle of her career when she delivered an amazing performance in Baahubali: The Beginning, the movie of course turned out to be a huge success and broke many records.

Also Read: Palak Tiwari Set The Fire On Instagram With A Hot Outfit

Here you can check out Tamannaah Bhatia’s recent Post.

Tamannaah is now one of the hottest names in the industry and her Instagram game is even hotter, with almost 20 million followers, she is one of the most followed celebrities in India and her posts are just breathtaking.

In a recent one, Tamannaah Bhatia looked absolutely mesmerizing in a blue ruched bodycon dress with a deep plunging neckline and puff sleeves, the outfit is from the shelves of Gnama, and she accessorized her outfit with vintage earrings by Viange and Zariin Jewellery, she pulled up pointed heels by Christian Louboutin, her look was just ten on ten and she is appeared to be hotter than ever.

Meanwhile, on the work front, Tamannaah has some intriguing projects lined up which include Bhola Shankar, Bole Chudiyan, and Bandra.