Tamannaah Bhatia is at France for Cannes film festival. She is sharing her pics as she is enjoying on the streets of France with her Epic Chic Style. 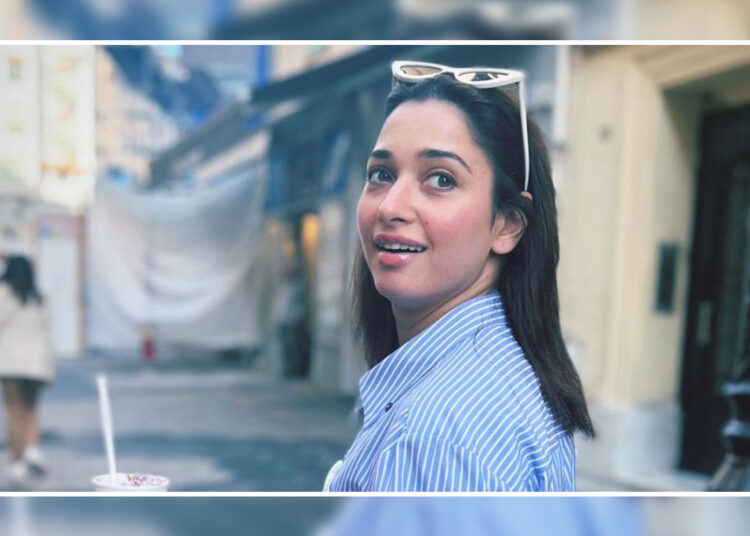 It shows that instead of Cannes Festival she is enjoying herself a lot in France. We can see F3 actress Tamannaah Bhatia wearing a breezy oversized blue shirt and grey pants and seen posing with her drink she adds glamour by wearing a pair of shades and she wrote on her Instagram story:- “Enroute Cannes”. She also seems like a tourist as she has shared her picture with a statue on her Instagram.

Previously Tamannaah was spotted at Mumbai Airport leaving for France which has created excitement among the fans. Tamannaah Bhatia is all ready to walk on the red carpet at the Cannes film festival. South Actress Pooja Hegde is also coming with Tamannaah on Red Carpet.

Instead of them, Deepika Padukone is also coming to the event. Deepika is also a member of the official competition Jury. Aishwarya Rai Bachchan, A.R Rahman, R Madhavan, Nawazuddin Siddiqui, and many more are also coming up with them. India is also known as the “country of Honour” in Cannes film Market.