Tamannaah Bhatia shows how to look perfect in a recent IG post!

The Bahubali actress Tamannaah Bhatia is a style icon and never compromises with her fashion choices. 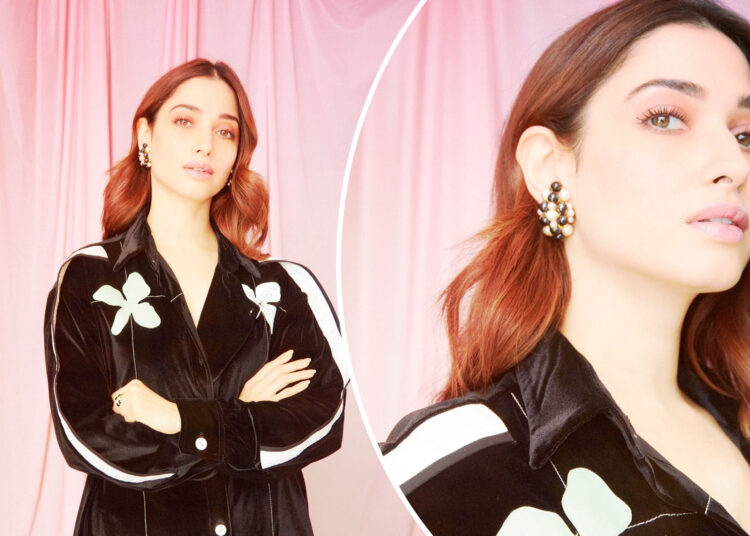 There are some Bollywood actresses in the industry that are truly blessed with goddess-level beauty and Tamannaah Bhatia is one among those actresses, her natural beauty is just near perfect and very few divas in the industry look more flawless than Tamannaah.

She is a star across several film industries in India, including Tamil, Telugu, and Hindi, she has worked in all the industries in her almost 2 decade-long career.

Most film fans know Tamannaah as a star from South Industry but I am sure you would be surprised to know that she made her acting debut in 2005 in the Bollywood industry, a young Tamannah aged 15 got her first role in the movie Chand Sa Roshan Chehra, and in the same year, she made her Tamil and Telugu film debut.

You can check out some recent posts of Tamannaah Bhatia below.

Tamannaah has one of the most decorated careers and has worked in over 60 films altogether across three film industries and has won several awards.

Her long-time Bollywood return came in 2013 with the movie Himmatwala, which failed to impress the audience but it was the year 2015 which made her a global sensation as her performance in Baahubali: The Beginning was hugely appreciated and the film broke all the previous records of the Indian film industry.

Tamannaah is now one of the most popular names in India and she has to keep up with that hence she ensures her fashion choices remain top-notch, recently Tamanaah posted a photo on her Instagram wearing a stunning black jumpsuit.

The shimmery dress was from the shelves of Gauri and Nanika, the half part of the jumpsuit consisted of a plunging neckline design with balloon design sleeves.

The high waist design is what Tamannaah generally prefers and everything about the outfit was just perfect, the black Louboutin heel gave the final touches of perfection and overall Tamannaah was looking absolutely breathtaking, shoutout to stylist Shaleena Nathani for the amazing work.

Meanwhile, on the work front, Tamannaah will next be seen in four different films by the end of this year.