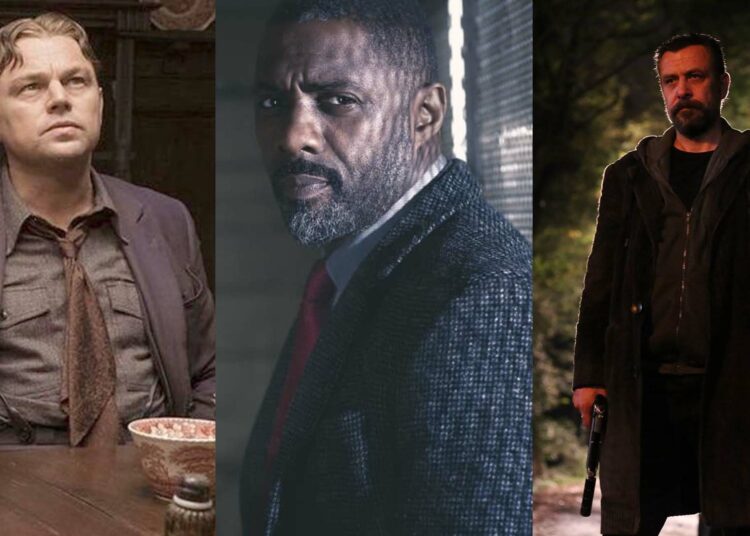 You like watching Mysterious Movies, so these top Top 5 Mystery Movies, are waiting for you in 2023. The genre of mystery is always a fan favorite throughout all media- novels, short stories, films, and television series.

In 2022 we got a much-awaited mystery movie like ‘Enola Holmes 2‘. Other successful and popular mystery movies that were released in 2022 are ‘The Pale Blue Eye‘ about the fictionalized story of mystery tale writer Edgar Allan Poe who created the fictional detective Auguste Dupin and ‘Death on the Nile‘ adapted from Agatha Christie’s Hercule Poirot story.

In this year also a number of new mystery-themed films are scheduled to be released which are listed in the article.

Also Read: 10 Movies Like Private Lessons You Must Watch!!!

Jamie Payne has directed this upcoming crime mystery movie the plot of which is written by British novelist Neil Cross. The movie is a continuation of the same named British television series that ran from 2010 to 2019 and won eleven Primetime Emmy Award nominations.

The plot is set in London, terrorized by a gruesome serial killer. At the center of the plot is the brilliant detective John Luther who is now struggling with disgrace and sitting behind bars. He finds it hard to cope with his failure in capturing the cyber psychopath.

His taunts and his own obstinacy make him break out of the prison to complete his unfinished job through any means.

Killers of the Flower Moon-

Martin Scorsese has directed this upcoming Western crime mystery movie that is adapted from the 2017 non-fiction book by David Grann- ‘Killers of the Flower Moon: The Osage Murders and the Birth of the FBI’.

The plots of both the book and the upcoming movie are based on the real-life Oklahoma murders of 1920 that occurred in the Osage Nation after oil got discovered on tribal land. The story centers around the mysterious murders inside the Osage tribe in the northeastern portion of Oklahoma.

The primary cast members of the movie will include popular and renowned stars like Leonardo DiCaprio, Robert De Niro, Jesse Plemons, Lily Gladstone, and Brendan Fraser.

A Haunting in Venice-

The movie serves as a sequel to the 2017 movie ‘Murder on the Orient Express‘ and the 2022 movie ‘Death on the Nile‘, both being directed by Branagh too.

The plot of this movie surrounds Poirot who is now retired but facing the murder mystery of a guest at a séance that he attends.

In this movie, Kenneth Branagh has reprised his role of Hercule Poirot from the two previous films. Other cast members will include Kyle Allen, Camille Cottin, Jamie Dornan, Tina Fey, Jude Hill, Kelly Reilly, and Michelle Yeoh. The film is scheduled to be released on September 15, 2023.

Jeremy Garelick has directed this upcoming comedy mystery movie that serves as a sequel to the 2019 movie ‘Murder Mystery‘ which was loosely adapted from Agatha Christie’s ‘Death on the Nile’.

The plot of this upcoming movie is yet unknown and unannounced. Adam Sandler and ‘F.R.I.E.N.D.S.‘ famed Jennifer Aniston are going to be found as the lead cast members of the movie reprising their roles from the 2019 prequel movie ‘Murder Mystery’- husband and wife Nick Spitz and Audrey Spitz.

The upcoming movie marks the third film of Aniston and Sandler together the first one being the 2011 movie ‘Just Go with It’. The movie is going to be released in March of 2023.

The plot of this upcoming Turkish crime mystery thriller movie revolves around a private investigator who formerly was a lawyer. When he takes on a case of a missing person, he finds himself on an unexpected quest that alters his life forever.

Cast members of the movie include Nejat Isler, Ilayda Akdogan, Nur Fettahoglu, Ilayda Alisan, Baris Falay, Riza Kocaoglu, etc. The movie will be released in the United States on February 10, 2023.

Tags: 10 Days of a Good ManA Haunting in VeniceKillers of the Flower MoonLuther: The Fallen SunMurder Mystery 2
ShareTweetSend
ADVERTISEMENT