Palak Tiwari Is Too Hot to Handle In a Blue Crop-top and Denim Skirt.

The Bijlee actress Palak Tiwari is aiming for a successful year in 2023 as she will be making her return to Bollywood. 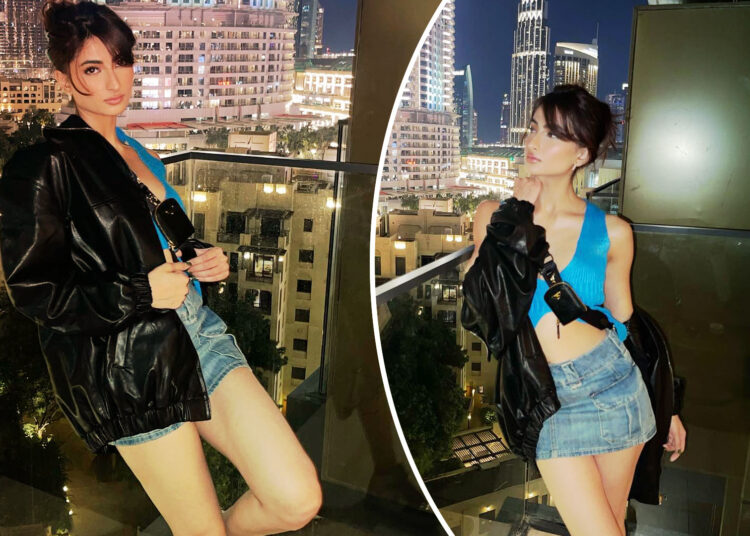 Palak Tiwari is one of the most popular names in the entertainment industry these days, the 22-year-old actress is making shockwaves in the industry, be it with her superhot and s*xy social media posts or her controversial linkups with Ibrahim Ali Khan and Vedang Raina, the diva is making all the headlines these days.

The s*xy diva is the daughter of television actress Shweta Tiwari, so we already know where the superior beauty genes come from.

Palak made her acting debut at a young age back in 2017 with the movie Quickie, and later in 2020, she was featured in a movie titled Rosie: The Saffron Chapter, not much to say about the movies as they failed at the box office.

Also Read: Anushka Sen Is Dazzling In Australia with Her Family and Looks Fresh in White Co-ords.

Here you can check out some recent posts of Palak Tiwari.

Palak started getting attention and her major breakthrough came up when she got featured in Harrdy Sandhu‘s music video ‘Bijlee Bijlee’ which was released in 2021, the song became a huge hit and started trending a few days after its release and Palak became an overnight sensation, as of now, the song has over 460 million views on YouTube.

Palak also has a huge fan base on social media platforms, especially on Instagram where she is most active and has over 3 million followers. Palak posts some really amazing photos on her IG and in a recent one, the diva Palak Tiwari showed her glamorous side in a blue boat neck top, denim short skirt, and a black leather jacket, she looked absolutely breathtaking in the pics.

Meanwhile, on the work front, Palak will be making her long-awaited Bollywood return in the Salman khan starrer film Kisi Ka Bhai Kisi Ki Jaan, the movie will be released around Eid of 2023, besides that Palak has signed several music albums and is currently shooting for them, Palak’s fans can also expect her in few other movies and web series later this year.