The year 2023 will be the finest yet for supernatural television watchers! 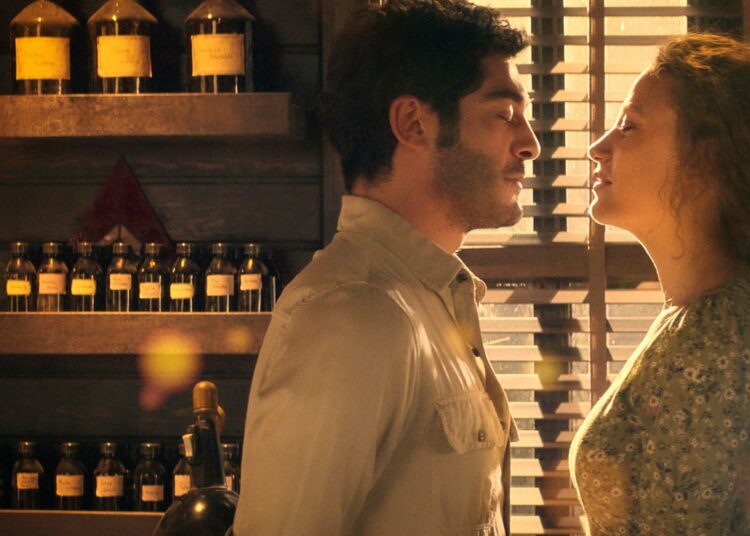 If you’ve heard or read about the Shahmaran, you’re already aware that it’s a folktale about a human-snake hybrid. She fell in love with someone, which is a tragic yet beautiful story.

The new mythology-inspired drama series will explore the narrative of Sahsu and how she fulfilled her prophecy. As legends are made to be analyzed, here is a breakdown of the Shahmaran trailer which was released on Netflix’s official YouTube channel.

Myths have long been a part of many cultures. For example, in Middle Eastern legend, the Shahmaran is a half-woman, half-snake entity. But, as the protagonist recognizes in her narration, it is buried in betrayal. The series’s story revolves around two people who are fated to awaken a beast unlike any other.

The trailer begins with the protagonist, Ahsu, waking up in a cold sweat after a disturbing dream, apparently a glimpse from the past or future. Following that, we hear a story in which the human is admonished not to become obsessed with the Shah of the Snakes.

The vision had plagued her for a while, and after analyzing how compelling it was and how her family’s past relates to it, she decided it was time to deal with her grandpa. The story only establishes her destiny for something more splendid, linked to the betrayal. She would be faced with something much more fascinating than only her grandfather.

She walks to the river, and the scene cuts to a nude person lying on a stone, followed by a shot of the Shah of the Snakes. It then cuts to a view of a mysterious man standing on the verge of the cliff, from which he free-falls into the sea, followed by a stunning shot of a woman in the water with her eyes closed.

She is soon seen with her eyes open, hit by some possessed force. These shots are all connected, hinting at a meeting and union of the characters.

It is followed by a man speaking to her about their family’s bond and the forthcoming vendetta. Some are aware of this prophecy and do their best to warn one another of its destructive nature. However, the protagonist and the mystery man, Maran, appear to fall in love and form a passionate relationship.

Their connection is about to reveal something to Maran. The Shahmaran will be reborn when they fall in love. The nude person on the white slab is a recurring motif, indicating that something is being unleashed. There are additional motifs of animals dying and an unrelated woman walking through the field where this has occurred, implying that great destruction is on the way.

The protagonist has no idea that something similar to the prophecy is taking place; all she wants to do is confront her grandfather. Maran brutally tells her that the prophecy is accurate and that legend has already begun.

Later, Maran’s eyes begin to sparkle, indicating that he, too, thought it was a tale before witnessing it with his own eyes. The protagonist is forced to rise to the occasion and take matters into her own hands.