The Exchange Teaser: Taking on Patriarchy in the Stock Exchange!

This women-centric drama, based on a real story, presents the women who permanently altered the world of finance! 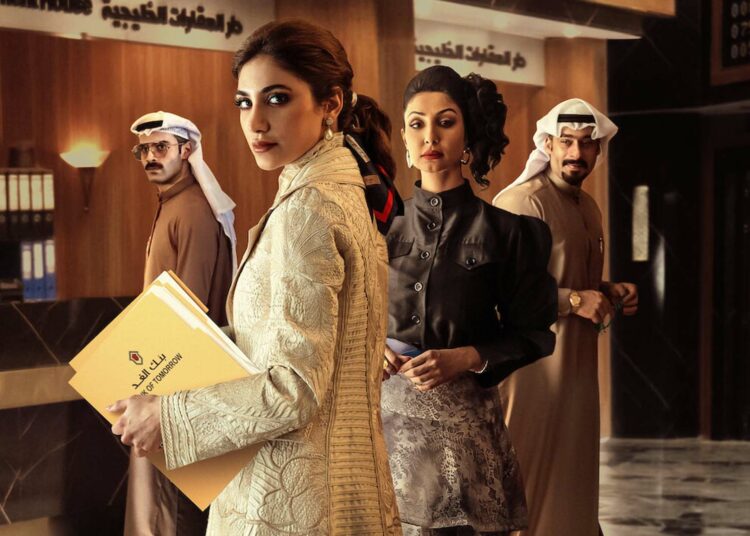 The Exchange is a new Netflix series that has been officially announced. It is one of the platform’s first Kuwaiti productions. Jasem Al-Muhanna and Karim Elshenawy directed the show, created and written by actress and activist Nadia Ahmad, Anne, and Adam Sobel. Neal Allen is the producer of this series.

The long-awaited official teaser for Netflix‘s first Kuwaiti series, “The Exchange,” was revealed on Thursday, January 12, and it was well worth the wait. ‘The Exchange,’ Netflix’s latest Arabic original, is based on a real story about two Kuwaiti women who entered the stock market in the 1980s.

Official teaser of The Exchange

The seventy-five-second trailer gave an overview of the series’ plot. Inspired by actual events, it will take us to the Kuwait Stock Exchange in the late 1980s. Saddam Hussain attacked the country barely two years later, resulting in a seven-month Iraqi military occupation.

Not only will we see the Kuwait stock exchange but also the terrible reality of women in the nation. It may appear that women cannot survive in an industry dominated by males, but this story will show differently. In this competitive climate, two brilliant, intelligent, self-assured women work together to leave their mark.

The trailer shows that the two women initially did not know one other but gradually began cooperating. They get together to fight patriarchy from the inside rather than whine about it from the outside. They begin to make large amounts of money by hatching complicated strategies together. They overcome any obstacle by working together and understanding one another.

They do, however, get themselves into complicated circumstances that can be dangerous. Nonetheless, they are passionate about their motivations and strive tirelessly to achieve their goals. They want a life of luxury and would go to any extent to have it.

The cast of The Exchange

The ensemble cast of the show includes

The Exchange will release on Netflix on February 8, 2023. The show is scheduled to include 8-10 episodes with a total length of around 40-45 minutes each.