The narrative of Servant Season 4 and final season is hectic and restrained! 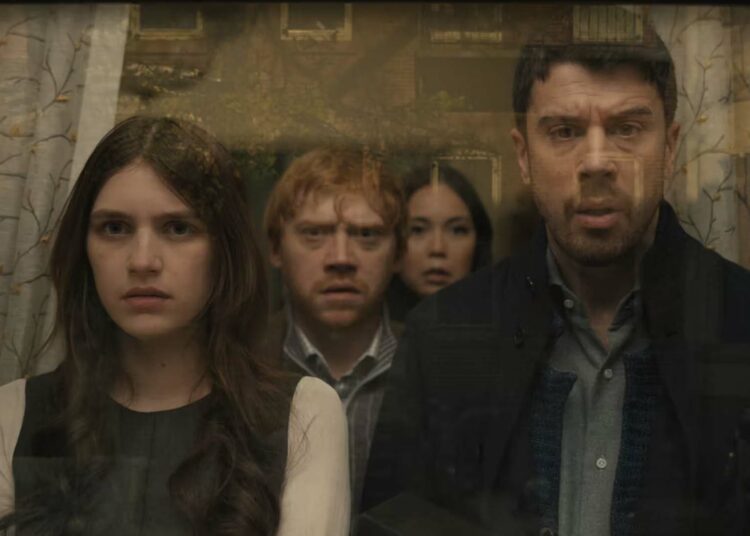 Servant Season 4 Episode 1 Review: It’s lovely to see how the writers have plunged the audience right into the action with no unnecessary exposition. It has undoubtedly set an increasing pace that would be impressive if maintained throughout the season.

Moreover, the usage of a new and enhanced opening theme from the previous season suggested that this installment has a sense of ending.

The show constantly uses inanimate items to symbolize rising tension in the household. The absence of Jericho in the season premiere also shows how this family has progressed past the baby crisis and that problems have become more significant than a young child’s existence. It’s beautiful that these small signals make the show as attractive as it is. The recurrent motifs are a language that regular viewers are well familiar with.

M Night Shyamalan has a unique chance to conclude this saga with an explosive conclusion encouraging thrills and horror. It is a tribute to the writing and cinematography that the program is still as engaging as it was in the first season.

The Church of the Lesser Saints remains a mysterious organization in the universe of ‘Servant,’ even though the show has officially reached its last season. However, parts of its ultimate goal have been revealed over time. Despite its actions, the group claims itself to be a force for good.

Initially, the series implied that all cult members were resurrected people like Jericho. Given that Leanne appears to have supernatural abilities, she must have a high position in their hierarchy. When she left the group and moved in with the Turners, she essentially disrupted that hierarchy, and the cult appears to have been attempting to restore it.

The cult members feel they have been given a second opportunity to serve others. According to Leanne’s uncle, George, the Church assists those told to help them, and when she brought Jericho back to life, she defied God’s plan. The cult’s mission continues to bring Leanne back into its fold.

However, it has become more fragmented, with the homeless group remaining faithful to Leanne. With Leanne’s skills fast developing, the cult will soon no longer be a danger to her, and they want to reclaim her before that occurs.

Why is Dorothy refusing to talk to Leanne?

Dorothy’s homecoming is the focus of the episode’s finale. Although Leanne greets her with a smile and flowers in her hand, she is nervous, as seen by her shaking leg.

On the other hand, Dorothy ignores her and asks to be carried to the room. This is most likely the first time the two ladies have seen one other since Dorothy’s fall, and she must be boiling with anger.

Dorothy and Leanne’s complicated relationship represents the title of the series. Dorothy loves to assume she has control over Leanne, but she has proven that this is not the case. Dorothy tried to flee with her son in the season 3 finale but was caught. Dorothy refused to let Leanne accompany her and insisted that she be freed. Dorothy now has little influence over her life, and she blames Leanne for this.

What Causes a Crack in the Basement to Spread to the Street?

Leanne has always had a special bond with the house, which appears to be a character in the play. According to the show, cracks in the basement of the house appear to occur whenever Leanne is in emotional turmoil.

For example, Leanne’s rage and fury manifest as a big crack in the basement of the home that reaches the street after being ignored by Dorothy, just as we witness another demonstration of Leanne’s skills earlier in the episode when a flock of pigeons appears to defend her from cult members.