Good Trouble Season 5 has been was announced few months back and finally we have got it's release date with Maia Mitchell as Guest Star Appearance. 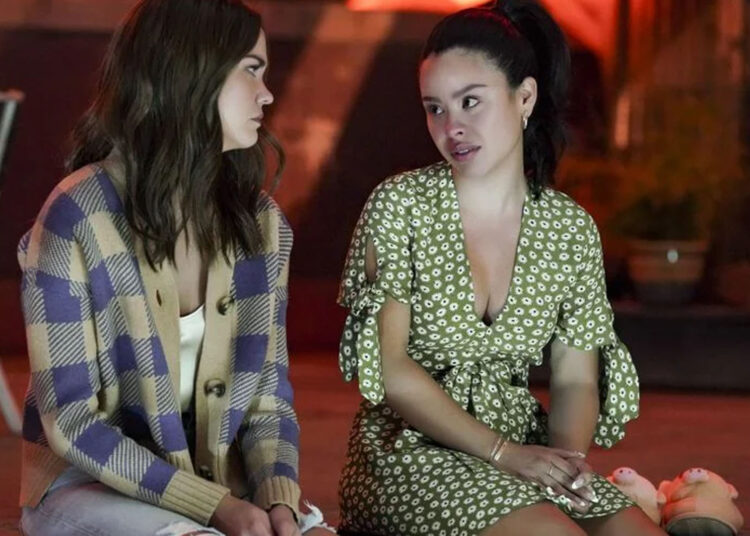 What is the Confirmed Release Date of Good Trouble Season 5?

Good Trouble Season 5 has been confirmed and the release date has also been announced by the makers on Wednesday, 11 January 2023. As per TVLine the official Release Date of Good Trouble Season 5 is Thursday, March 16, 2023, and the show will premiere at 10/9c on Freeform.

So be ready the fans of the show as Maia Mitchel is coming back to the show.

What will happen and Who will return in Season 5?

As we already have discussed Maia Mitchell is coming back to the show and she had discussed it with the TV Line about her character in an interview. You can watch the full interview here.

In the interview, she said that she moved to America was a personal decision, and producers were not involved in her decision. She also opened up about her difficulties being alone during the COVID-19 pandemic and lockdown as she was away from her family in Australia.

The Good Trouble Season 5 will surely develop the relationship between Jamie and Callie and we can also see the focus shifting of the show toward the Foster Family.

As we all know the series is a spin-off to one of the longest-running shows The Foster and the series debuted in 2019. So in Season 5, we may also get a few more comebacks from the Foster show and all the major cast like Josh Pence, Cierra Ramirez, Sherry Cola, Tommy Martinez, Zuri Adele, Bryan Craig, Emma Hunton, and Booboo Stewart will be back in Good Trouble Season 5.

Also Read: Cruel Summer Season 2 Renewed At Freeform- YA Drama Could Return With Same Cast Or In Anthology Form

The hype for season 5 was created a few months back in September when Cierra Ramirez posted a picture of herself with the caption:

When I’m not getting in @GoodTrouble, I’m being a #GoodNeighbor. Shocker, I know! #ad Sponsored by @statefarm

So there are a lot of things to be discovered in the upcoming season. And season 5 is about to premiere on Thursday, March 16 at 10/9c on Freeform and after one day on Hulu.