Formula 1 Drive to Survive Season 5: A Closer Look at the Trailer!

Expect the unexpected as the Drive to Survive Season 5 sneak peek teaser displays a change of rules! 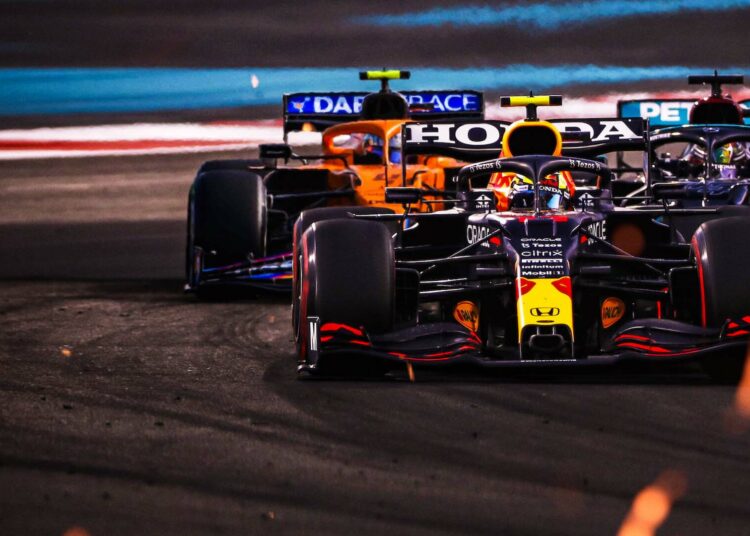 The first look of Formula 1 Drive to Survive Season 5 has been revealed by Netflix, on its official Youtube Channel.

Season five of Drive to Survive will be on Netflix on February 24. Along with the date announcement, they offered a sneak peek video of what to anticipate from the season.

Netflix has released the first look for the Formula 1 Drive to Survive Season 5. The new 42-second trailer, which will be accessible on the streaming platform on February 24, warns of major changes in the sport and suggests that “2022 symbolizes a new chapter for Formula 1.

“Here, we see how Formula 1’s large-scale rule changes have taken shape and how they have affected both drivers and car manufacturers. Furthermore, significant racers, including Lewis Hamilton, Max Verstappen, & Charles Leclerc, fight to remain alive on the track.

In 2022, Mercedes-Benz replaced Valtteri Bottas with George Russell, while Alfa Tauri welcomed Guanyu Zhou, China’s first Formula 1 driver, to the grid. Season 5 of Formula 1: Drive to Survive will have changes, as is expected each year.

Season 5 of Formula 1: Drive to Survive will see the drivers in action while new arrivals hit the track for the first time while staple racers transfer teams to grace new wheels this season, as is traditional. Frozen power units, tighter restrictions on aerodynamics and testing, and a reduced cost cap were some of the regulatory changes implemented for the 2022 season.

Does Max Verstappen discuss his return to the DTS hot seat?

Throughout the series, DTS includes expert commentary from drivers, journalists, and significant members of the sport. F1 has kept a second-long film of Verstappen expressing how he feels upon his comeback at first glance.

“How do you feel about being in the chair?” the interviewer inquires of Verstappen. “Okay,” Verstappen says with a grin. The Dutchman will undoubtedly have some season highlights to offer. He ruled the year like no one else.

This year, he had less controversy than in 2021, when he got into heated arguments with Lewis Hamilton. The one uncomfortable moment he had this season came in Brazil with his teammate Sergio Perez.

Is there going to be less drama this year?

DTS has been criticized for ‘unnecessary drama’ in prior seasons. A little spice is required to attract fans and maintain profits. However, several racers and fans have claimed that excessive exaggeration is ruining the sport’s fun.

Last year, F1 CE Stefano Domenicali even threatened Netflix with canceling the series if it continued. So, with Verstappen’s return this year, Netflix may have pledged to tone down its commentary.

However, the series does have a few notable allies in the sport. Drivers like Perez and Lando Norris have acknowledged the series by drastically increasing their fans. As a result, they should continue for as long as possible.

It’s an exciting moment to be an F1 fan, and this short trailer from the Netflix team has us excited for the 2023 season.