You Season 4: Joe Is Being Stalked? But By Who? 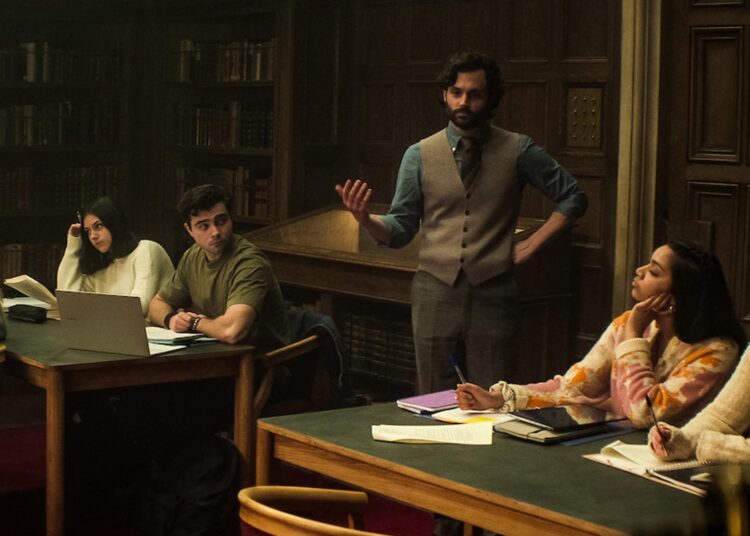 You Season 4 is coming up on our screens really very soon that is in the next month. There will be a whole new lot of characters that we will be going to see in the season of the series.

But that doesn’t mean that we will not be seen any familiar faces that we have seen in the previous Seasons there will be some repeated ones also it includes Marianne (Tati Gabrielle).

So to know more in detail and depth about this new season of the series keep on reading this article and I am sure that you will not miss anything!!!

When You Season 4 part 1 will be released?

But initially, the release date of the two parts was 10th February and 10th March respectively.

Till now we don’t have any information regarding how many episodes will be there in each part of the series but at least we have the assurance that we will be able to see the second part just a month ahead.

Is there any trailer available for You season 4 part 1?

Yes of course there is a trailer available to provide you with a glimpse of what is going to happen in this part!!!

The new trailer features Joe back in character as he introduces his new alter-ego:  Professor Jonathan Moore.

The trailer makes it clear that this time we are going to see a different side of the protagonist of the story. He will be now playing his role more seriously as a professor.

Who all are going to be there as cast members in You season 4 part 1?

We will be seeing the below-listed actors out of which many will be new and a few will be the ones whom we have seen earlier:

What is going to be the plot of You season 4 part 1?

At Netflix‘s Tudum event, it was confirmed by the actors and the makers that Joe has taken on a new alter-ego. He’s now pretending to be a college professor named Jonathan Moore.

This makes sense, as we know some of the show was filmed on location at Royal Holloway University. However, just what he’s up to in his new life hasn’t yet been revealed.

Most of the story will be set up in London and not in Paris.