List of the must-watch upcoming comedy television series that is a must watch for the year 2023. 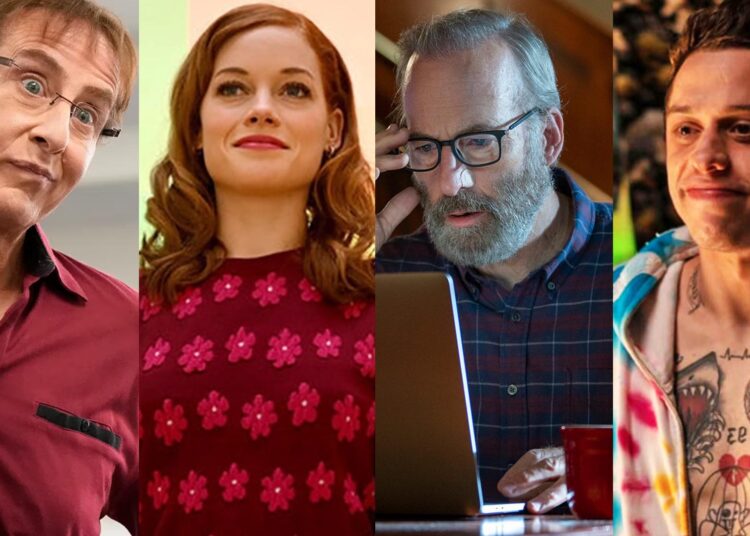 You want to watch some that can make your day-light so here are the Top 10 Comedy TV Shows to Watch in 2023 do give it a try.

The year 2023 has come to us with its new library of television series which consists of various genres and tv shows for all kinds of viewers. Comedy series are always universally popular. The article will list the names of the most important comedy television series that you might watch.

The plot of this upcoming comedy-drama series revolves around a broke and newly single woman Nell Stevens who describes herself as a disaster.

Now she wants to get back to her career after ten years and restart her life. But when she starts the job of writing obituaries, she begins to get life advice from a very unlikely source.

Gina Rodriguez will be seen starring as Nell Stevens in the series. It is set to release on February 8, 2023.

The plot revolves around a young woman named Jen whose nature is characterized by self-awareness. Her being self-aware is mainly stemmed from the fact that she is the only one lacking a superpower in a world in which everyone else possesses that.

The story focuses on her journey to finding her potentiometer superpower and the things she discovers about herself on the way.

Máiréad Tyers will be seen starring as Jen in the series. It is set to premiere on January 25, 2023, in the United States.

The plot surrounds William Henry Devereaux Jr. who is an unlikely chairman of West Central Pennsyl University’s English Department and who finds his life contorted by various possible negative aspects- his threats of executing a duck, his nose being slashed by a feminist poet, his secretary’s ability to write better fiction than his, and suspicion about his wife’s infidelity.

Bob Odenkirk will be seen starring as the protagonist straight man in the series. It will arrive in the United States in 2023.

This is an upcoming adult animated mystery comedy series that is based on the Scooby-Doo franchise’s titular character.

The plot navigates the origin story of Mystery Inc. along with its sleuth Velma Dinkley and other members.

Mindy Kaling has given voice to the character of Velma in the series. The series is set to run from January 12 to February 9 of 2023 on HBO Max.

Dan Harmon has created this animated comedy tv series the plot of which revolves around one of the first cities of the world which is run by a flawed family of humans, monsters, and gods who try to run the city avoiding the need of killing each other.

The series is set to release in May of 2023 in the United States.

The plot of this upcoming comedy series revolves around an idealistic educator who gets thrust into the French presidential race through an unlikely incident. The series is set to arrive on January 20, 2023.

This upcoming series is an action comedy television show. The plot is an extremely fictionalized version of the life of American actor and comedian Peter Michael Davidson who was a cast member of NBC’s Saturday Night Live from 2014 to 2022 for eight seasons.

Primary cast members of the series include Pete Davidson along with Edie Falco and Joe Pesci. Though it is not yet confirmed exactly when the series is set to arrive, this much is known that it will release in 2023.

The plot of this upcoming adult animated sitcom revolves around Marvin Flute who probably is the greatest detective who ever lived yet finds himself unable to solve the mystery of his family.

Now he is back in Grimsburg, and to redeem the relationship with his ex-wife, he leaves no stone unturned.

Jon Hamm will be starring as Marvin Flute in the series that is set to release on January 1, 2023. The series was renewed for a second season even before the premiere of the first season.

The plot surrounds a man named Paul T. Goldman as he finds his life upside down after he discovers his wife’s secret double life which leads Tom to go through a labyrinth of deception, fraud, and criminality transforming him hugely.

This is a true crime docuseries directed by Jason Woliner which is set to release on January 1, 2023.

Michael Cusack created this upcoming action-adventure animated comedy series the plot of which revolves around a man who is leading a not-so-secret double life of a family father and the titular hero.

He is extremely passionate about snuffing out the petty crime cases going on around him. The series is set to arrive on January 9, 2023, in the United States.