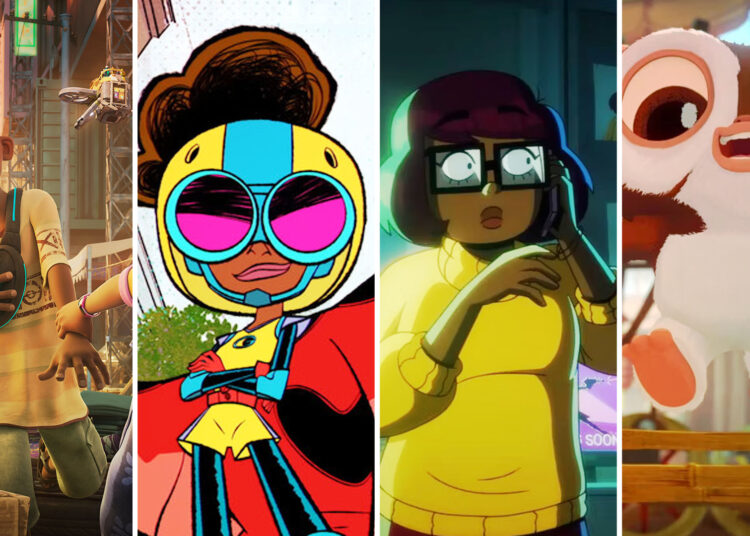 Along with a large number of live-action tv series and movies already announced to be released in 2023, we have also received news about the upcoming animated television series of this year which is definitely going to be a treat to watch for animation lovers.

In this article, we have shortlisted such upcoming animated series that the viewers will love to know about.

The Legend of Vox Machina (Season 2)-

This adult animated fantasy series is adapted from the campaign one of the Dungeons & Dragons-based web series ‘Critical Role’.

Chris Prynoski and Critical Role developed this action-adventure series of which Laura Bailey, Taliesin Jaffe, Ashley Johnson, Matthew Mercer, and Liam O’Brien are some of the primary voice cast members.

The series premiered on January 25, 2022, on Amazon Prime Video. The Legend of Vox Machina Season 2, was renewed even before the premiere and is scheduled to be released on January 10, 2023. A third season has also been renewed on October 6, 2023.

This CG-animated tv series is the third series of the Kung Fu Panda franchise. The plot revolves around Po, a legendary warrior, who makes a team with a serious elite knight named Sir Luthera aka the Wandering Blade, to embark upon a quest of rescuing magical weapons and saving the world while restoring his fallen reputation.

We find Jack Black‘s voice in the role of Po with Rita Ora as Sir Luthera. The series premiered on Netflix on July 14, 2022, with the second season set to premiere on January 12, 2023.

Carrie Hobson and Michael Yates created this upcoming computer-animated series the plot of which surrounds a co-ed softball team of a middle school called the Pickles.

As the team gets ready for their coming championship game, each team member’s own perspective is depicted in every episode. The series is set to be released on Disney+ in 2023.

This upcoming adult animated mystery comedy series is centered upon the same named character from the Scooby-Doo franchise. Charlie Grandy has developed this series the plot of which surrounds a teenage would-be sleuth Velma Dinkley and the team members of the investigative team Mystery Inc. that she would build in the future.

Mindy Kaling who is also an executive producer of the series has given voice to the main character Velma. The series is scheduled to premiere on January 12, 2023, on HBO Max.

This upcoming series is a spin-off of the Canadian animated children’s tv series ‘Paw Patrol‘. The plot revolves around the origin series character Rubble who is a five-year-old bulldog serving as a construction pup.

He started with a yellow bulldozer containing a drill as his primary vehicle but then also got a crane. This series will focus on his new adventures with a new crew of pups. The first episode will air on February 3, 2023.

This upcoming animated tv series is about the same named character of Marvel Comics who is a gifted young girl living a double life of a superheroine and who inadvertently brings a red Tyrannosaurus rex to New York of the present day.

Diamond White and Fred Tatasciore will be found giving voice to Moon Girl and the Tyrannosaurus rex named Devil Dinosaur respectively in the series. It is scheduled to premiere on February 10, 2023, on Disney Channel.

Dan Harmon has created this upcoming animated sitcom the plot of which is set in mythical Ancient Greece and follows the first cities of the world where humans, monsters, and gods live like a family and try to live peacefully together suppressing their “natural” trait of killing each other.

Richard Ayoade, Matt Berry, Hannah Waddingham, Pam Murphy, and Duncan Trussell are the primary voice cast members of the series. The series is set to premiere in 2023 though it is already renewed for its second season.

This is an upcoming animated musical comedy series the plot of which is set in fictional mountains in which animals and magical creatures live together.

It primarily focuses on a young optimistic squirrel Kiff and a sweet mellow bunny Barry whose well-intended misadventures often take the town by storm. Kimiko Glenn and H. Michael Croner have given voice to Kiff and Barry respectively in the series. It is set to premiere on Disney Channel in 2023.

This upcoming computer-animated series will explore themes like class and challenging the status quo. It will premiere in 2023 on Disney+.

Gremlins: Secrets of the Mogwai (Season 1)-

This is also a computer-animated fantasy comedy series that is the prequel to the 1984 and 1990 movies ‘Gremlins’ and ‘The New Batch’.

The series was supposed to release in 2022 but has been delayed and now will premiere in 2023 on HBO Max.