A list of the must-watch thriller television series that are releasing of have released in 2023, that you should watch once. 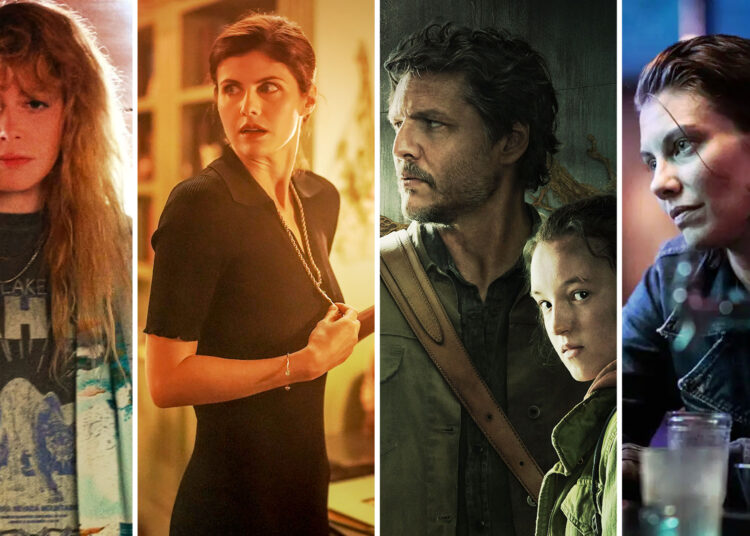 To start your new year we have listed the Top 10 Thriller TV Shows to Watch in 2023, to give you a kick-off start this year.

A new year has just arrived and we already are here with a list full of thrill and anticipation. Because why not? The genre of thriller is an extremely demanding genre for tv series and movies, after all, be it detective thriller, psychological or crime, or simply horror.

In 2022 we got some really enjoyable thriller series like ‘All of Us Are Dead‘, ‘The Woman in the House Across the Street from the Girl in the Window‘, ‘The Midnight Club‘ etc. Now let us see what is waiting for us in the thriller library of 2023.

Here is the list of the Top 10 Thriller Television Series of 2023:

Eric Garcia has created this American heist action thriller series the plot of which revolves around the master thief names Leo Pap and his crew who embark upon an epic heist worth seven billion dollars.

But things change for bad when they find themselves entwined in betrayal and greed. Giancarlo Esposito has starred as the leader of the group Leo Pap in the series. The first season premiered on January 1, 2023, on Netflix with eight episodes.

The plot of this upcoming Danish noir thriller series revolves around a renegade Miu and her journey through the path of seeking justice and revenge for her nemesis Rakel while witnessing natural and supernatural threats and the criminal underworld of Copenhagen.

Angela Bundalovic will be starring as the protagonist Miu in the upcoming series that is set to premiere on Netflix on January 5, 2023.

The plot will surround a trio of two teenage boys and a girl who possesses psychic abilities as together they open an agency of ghost hunting calling it the titular “Lockwood & Co.”.

Ruby Stokes, Cameron Chapman, and Ali Hadji-Heshmati will be seen starring as the trio in the series. It is set to release on January 27, 2023, on Netflix.

Rian Johnson has created this upcoming murder mystery series that will serve as a “case-of-the-week” mystery drama.

Johnson has confirmed that the plot will be character-driven and will follow the “howcatchem” or inverted detective story format that received popularity through the crime drama series ‘Columbo’ which ran from the late mid-twentieth century to the early twenty-first century.

The present series is scheduled to be released on January 26, 2023, on Peacock.

This upcoming supernatural thriller series is adapted from the novel trilogy of Anne Rice- ‘Lives of the Mayfair Witches’.

The plot revolves around the titular Mayfair dynasty, a dynasty of extremely powerful witches who are haunted by the sinister spirit,s and neurosurgeon Dr. Rowan Fielding finds herself being the heiress to that dynasty.

Alexandra Daddario will be seen starring as Dr. Fielding in the series that is set to release on January 8, 2023, on AMC and AMC+.

The plot of this upcoming post-apocalyptic series is adapted from the same named video game and revolves around people, trapped in a brutal and intolerably tense game, finding the only way to survive is by looting enemies and seeking out item boxes for their own supplies.

HBO’s epic fantasy series ‘Game of Thrones famed Pedro Pascal and Bella Ramsey will be starring in two primary roles in the upcoming series that is set to release on January 15, 2023, on HBO.

This upcoming post-apocalyptic horror series is set to be the fourth spin-off of the original series and the fifth installment of The Walking Dead franchise.

It will focus on two characters of the same named comic books upon which the series are based- Maggie and Negan, played by Lauren Cohan and Jeffrey Dean Morgan respectively. The first season of the series is set to premiere in April of 2023 with six episodes.

This upcoming Western crime miniseries is a continuation of the 2016 series ‘Justified’ and inspired by Elmore Leonard’s novel ‘City Primeval: High Noon in Detroit’.

Timothy Olyphant has reprised his role as Deputy U. S. Marshal Raylan Givens. The series will premiere on FX in the middle of 2023.

This popular American thriller drama series is about the survival story of a group of soccer players after they become the victim of a plane crash in the wilderness while flying over Canada for the national tournament.

The first season of the series premiered on November 14, 2021. It received seven Primetime Emmy nominations.

In December of 2021, the series was renewed for a second season which is set to release on March 26, 2023, on Showtime. A third season has also been renewed in December 2022.

This is an upcoming adult animated mystery comedy series the plot of which will revolve around the titular detective Velma Dinkley and his organization Mystery Inc.