Khloe Kardashian Reunited With Tristan Thompson After His Mother’s Demise!

After the death of Tristan's mother, Khloe Kardashian was seen with the player as they headed towards his hometown! 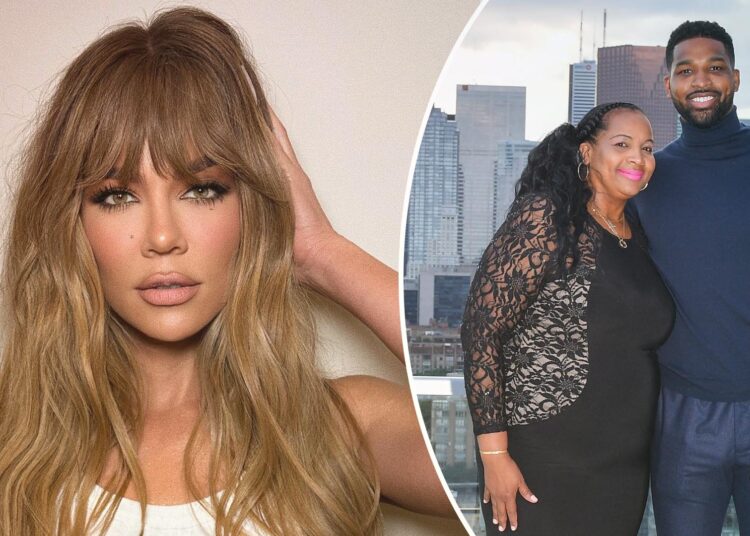 Khloe Kardashian reunited with her former lover Tristan Thompson after his mother died. We have seen how celebrities support each other no matter what are the circumstances and what they have gone through in past. If difficulties come then they try to support each other in every possible way.

Whether it is related to a former couple or family member who is not close as they used to be, everyone comes if situations needed them. Something like this recently happened when we have seen the reality star Khloe Kardashian reuniting with Thompson.

This reunion came with unfortunate circumstances where the mother of Thompson died. And to give him support and every need, the reality star Khloe Kardashian was there.

The 31-year-old player Tristan Thompson with 38-year-old Khloe Kardashian Good American founder was seen going on a private jet from Los Angeles. These all happened on 5 January 2022 as they were seen going to a Canadian City.

Coming to the fashion that they both carried then Khloe Kardashian was seen ready for the winter as she was wrapping herself in a black coat and beanie. She also went in boots and a black handbag. Coming to the other fashion then the reality star was also matching with sweatpants as the weather was 32 degrees.

Here you can see the couple Khloe Kardashian and Tristan Thompson Together.

Coming to Tristan Thompson then he was also ready for the winter as he was wearing a black hoodie with skinny sweatpants. The relationship between Khloe Kardashian and the basketball player is not good as a couple however, they are doing great as a parent. They have two children of which the first is a four-year-old daughter True and the other was born with the help of surrogacy in August 2022.

Coming to the whole look, the basketball player also went with a black jacket and white socks. He has matched everything with his black sneaker. Coming to the way they were going towards Jet then it was marked with Canada Border Service Agency. At that place, a black SUV also came as it was waiting for them to take towards their destination.

Coming to the death of his mother then she tragically died in her home town Toronto. It happened this week as she went with a heart attack. The mother was immediately taken to a local hospital however, the medical staff was not able to revive her. Tristan has shared an amazing bond with his mother as he also celebrated mother’s day back in 2020 on social media.

The reality star Khloe Kardashian and Thompson decided to separate themself as a couple when the player was discovered to be cheating on her. Some scandals happened because of him as he was declared the father of another woman’s child.