Brad Pitt Is Loving His Time With Ines De Ramon As They Were Seen Together!

The newly formed couple of Hollywood, Brad Pitt and Ines De Ramon, are head over heels!! 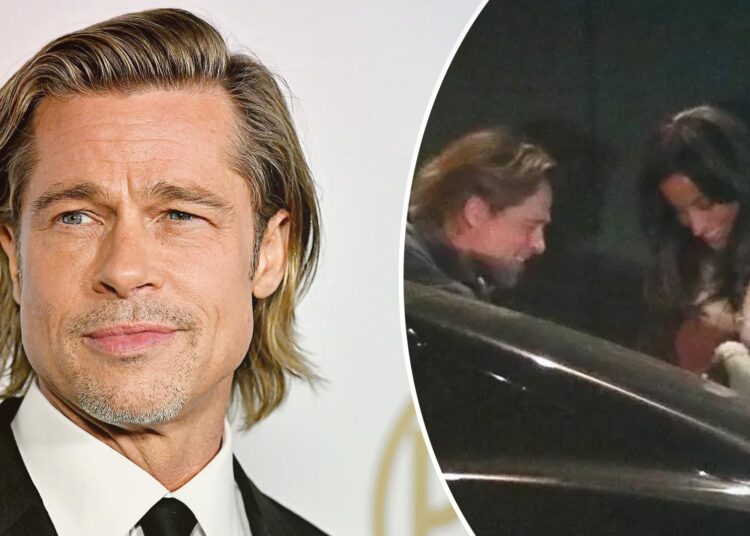 Brad Pitt was seen enjoying a romantic date or gateway with his girlfriend Ines De Ramon. A lot of actors and actresses decided to enter a new year with love and joy. And that’s the reason why they have decided to celebrate every day of this new year with their loved ones.

Even if it is related to their work life, they try to make sure that they also give time to their partners. If we talk about such things then Hollywood is a great place where one can get great examples. Something like this has recently happened as the newly formed couple of Hollywood that is Brad Pitt and Ines De Ramon were seen together.

It’s been just a few months since they came together as a couple but it seems like the actor Brad Pitt is smitten with the jeweler Ines De Ramon. According to the source, it is revealed that Brad Pitt is feeling a lot for the celebrity jeweler.

Also Read: Hailey Bieber Was Seen In Oversized Jacket And Crop While Going Out With Justin Bieber!

Here you can check out some pictures of Brad Pitt and Ines De Ramon.

The actor is looking forward to spending a lot of time or we can say as much time as he can give to her. The source continued and said:

“It’s not hard to be because she’s attractive and she’s into health which Brad is also, but she’s smart, she’s successful as VP of Anita Ko Jewelry and has made a name for herself which is impressive to Brad.”

They further went and revealed more things about the couple: “Ines has made it clear that she doesn’t need a man in her life unless they bring a positive energy which Brad respects.”

“Brad knows how talented Ines is, particularly when it comes to her eye for jewelry and lifestyle branding, so he appreciates when she shares her thoughts when it comes to his cashmere line (God’s True Cashmere)” the source confirmed.

Coming to the love interest of Brad Pitt, Ines De Ramon then she is great at styling and has eyes on almost everything. Coming to her behavior then she is very chill, loves adventure, and tries to have a fun time with everyone around her.

Coming to the way the couple are feeling for each other then it is sure that they are quite happy however, it will be too early to go into a serious relationship.

However, the actor feels that the jeweler is not ready for the marriage and the same goes for him. As Ines De Ramon just came out of a marriage and Brad Pitt is still dealing with his ex-wife Angelina Jolie then it is sure that marriage is something that is not right now in their head. But at the same time, they try to uplift each other energy and support in every possible way.