Fans of Married at First Sight will undoubtedly like a variety of other reality dating shows that have similar aspects of drama and mystery. here are a list of series to choose from.

by Minosha Coutinho
Reading Time: 7 mins read
A A
0 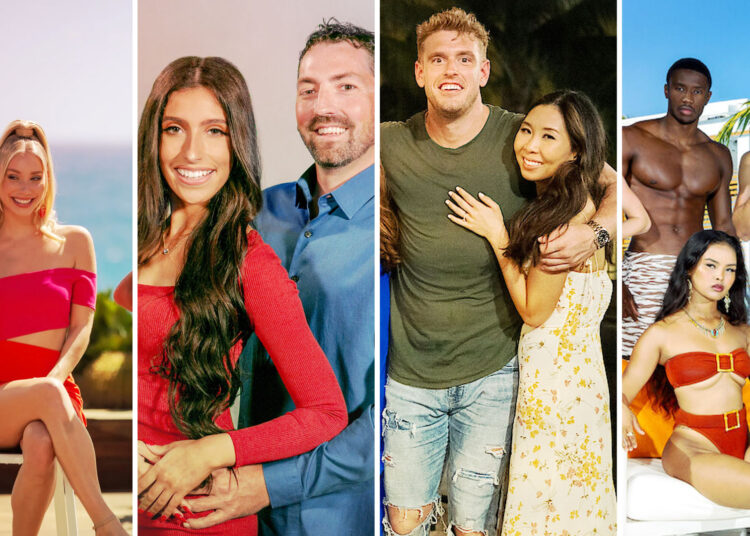 Married at First Sight Season 16 is all set to be released in January 2023, and here we’re with the Top 10 Shows like the series you should watch once.

Married at First Sight, Lifetime’s hugely successful show is presently in its 15th season. This famous reality dating program involves men and women who decide to marry without seeing one other before having their honeymoon and other elements of wedded life videotaped.

Reality dating shows are becoming increasingly popular, with Netflix, Hulu, HBO, and other online providers releasing successful original dating series that return season after season. There are more hot dating series available to watch that are quite similar to Married at First Sight.

Married at First Sight Season 16 will be released on 4th January 2023 don’t forget to watch the series.

90 Day Fiancé pairs individuals from opposite ends of the globe and gives them 90 days to choose if they are destined to be married. The couples must manage cultural and linguistic differences to understand one another.

In this relaunched reality program, competitors are sent to paradise to meet other attractive individuals. The catch in this series is that while being unmarried and conventionally gorgeous, all participants must stay celibacy.

If any of the participants is found hooking up, their reward money is decreased by a certain amount.

The following drama from f’ed-up s*xual frustration and rage at those who break the rules is what makes this show so popular.

The Ultimatum: Marry Or Move On 2022 ‧ Reality ‧ 1 season

In April 2022, The Ultimatum: Marry or Move On evaluates couples who are on the borderline about marriage to push them to consider if they must stay together or not.

Love is Blind is a Netflix dating series that debuted in 2020. Singles date and get engaged in this unique dating show without ever seeing each other’s faces. The purpose of this experiment is to determine whether “love is truly blind,” or if physical chemistry is just as important.

This series does an excellent job of delving into what counts most in a relationship. While the concept is that if a direct correlation can be created in the “pods,” physical characteristics should just not matter if an emotional connection has already been made. However, this is not the case for all couples.

Marrying Millions immerses viewers in the lifestyles and homes of spouses at different extremities of the financial spectrum. The spouses in this documentary series reality program endure criticism, lifestyle disparities, and motivation issues from friends and family.

Viewers enjoy the concept of living vicariously via other people’s lives, and Marrying Millions gives exactly that.

FBoy Island is an HBO-exclusive reality series in which three women travel to a remote location with 26 guys in search of love and a $100,000 reward.

The problem is that half the men are “good guys” and the others are “Fboys”. If the women choose a Fboy, he gets to retain everything. They get to split the reward if she chooses a decent guy.

It is, however, self-aware and mocks the silliness of reality dating programs. It shows how individuals behave with each other to obtain what they want, in the hopes that single women would see through the Fboys’ selfish mask.

Joe Millionaire, which debuted in 2003, was an instant success, attracting millions of viewers. After the second season bombed, the show was canceled until 2022, when it was revived in Joe Millionaire: For Richer or Poorer.

The show cast two bachelors, one of whom was a millionaire and the other who was not. The women who date both men are unaware of who is wealthy and who is not, but they are eager to connect with either of them.

What matters more, according to the show? Money or love?

Love Island (UK) sends contestants to a lavish house and live in, form a relationship, and compete for a £50,000 prize.

Love Island (UK) is so popular that it airs six nights a week, unlike any American reality TV show. The show has produced several incredibly successful and well-known public people, like Molly-Mae Hague, who has 6.4 million Instagram followers.

With an almost limitless source of content, the series is notorious for being unpredictable and a little insane.

Since individuals or couples might be voted off the series, the players are doing everything they can to stay on the show.

Temptation Island‘s premise is that 4 couples travel to the island to see if their relationship can survive being detached and encircled by enticing singles.

The tv series became popular due to the volatile nature of the couples and the almost certain train wreck that would take place in front of viewers’ eyes. While the struggling couples feel the show will assist their romance, it most certainly will not, and it is irresistible entertainment.

The Circle centered on the goal of becoming the top influencer by earning the favor of the other candidates solely via online engagement and ultimately winning the $100,000 prize.

What distinguishes this show from others is the ability to see the influencers determine what it takes to seduce the other candidates and advance in the competition in real-time.

It’s a sociological experiment that gives viewers a unique opportunity to experience how social media persuasion works in real life.