TV Shows are a significant source of entertainment, as TV shows keep us interested and liven up our lives with all the romance and drama.

by Om Prakash Kaushal
Reading Time: 13 mins read
A A
0 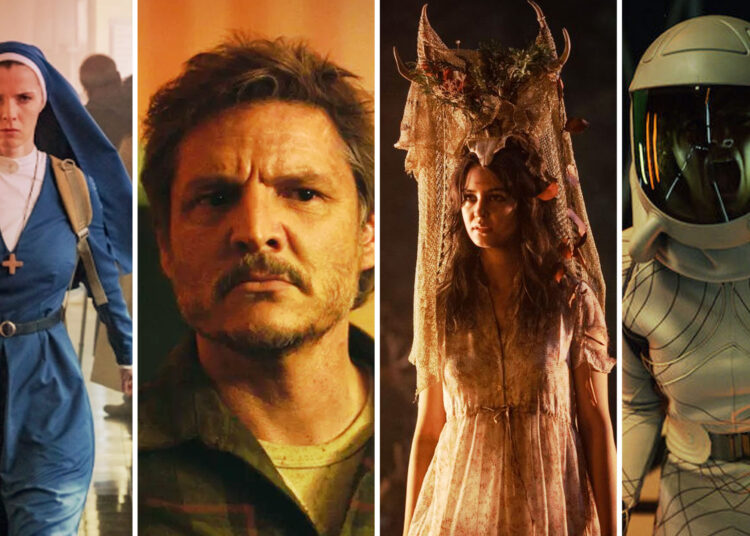 If you are looking to for which series you should what in 2023, and especially if you are looking for a Sci-fi show then you have come to the right place as we have listed the Top 10 Science Fiction Shows To Watch In 2023.

TV Shows are a significant source of entertainment, as TV shows keep us interested and liven up our lives with all the romance and drama. They are the result of a great deal of effort both on and off-screen.

Everyone from the director and the actors to the editors and the graphic designers had to spend hours preparing for that one perfect shot.

The start of a brand-new year brings with it the promise of an abundance of exciting new and returning television shows to look forward to in the coming months. It’s still hard to watch them all, with over 500 scripted shows coming out in 2023 alone. So, here we have compiled a list of “Top 10 Science Fiction Shows” to watch in 2023.

The list of the top 10 Science Fiction Movies to watch in 2023 is listed below:

Dean Devlin and Jonathan Glassner are the co-showrunners of the upcoming American science fiction mystery television series The Ark. It is expected to have twelve episodes and will debut on Syfy in February 2023.

Ashley Lyle and Bart Nickerson are the creators of the American thriller-drama television show Yellowjackets.

In 1996, a group of high school soccer players from New Jersey came to Seattle, Washington, to compete in a national competition. The series follows their current life in 2021, as well as their attempts to survive.

The second season is scheduled to debut on March 26, 2023, however, subscribers to Showtime will be able to access the episode two days sooner.

It is based on the similarly named role-playing video game series developed by Black Isle Studios and currently owned by Bethesda Softworks. Amazon Prime Video will be the exclusive home for the debut of Fallout.

Although the precise release date has not yet been decided, it will arrive sometime in 2023.

Five years after the events of Return of the Jedi (1983), it is the first live-action series in the Star Wars universe. The third season, which will have eight episodes, is slated to begin on March 1st, 2023, on the streaming service Disney+.

Craig Mazin and Neil Druckmann are the creators of the upcoming HBO post-apocalyptic drama television series The Last of Us. Based on the video game of the same name, which was released in 2013 and was produced by Naughty Dog.

The story of the series will center on Joel, a smuggler who is tasked with accompanying Ellie, a little girl, across the post-apocalyptic United States. The show will premiere on January 15, 2023.

Based on the same-named Marvel Comics storyline, Kyle Bradstreet will soon release the American television miniseries Secret Invasion for the Disney+ streaming service.

It is intended to be the ninth Marvel Cinematic Universe (MCU) television series created by Marvel Studios, continuing the storylines from the franchise’s movies.

The six-episode Secret Invasion series is slated to debut in the first quarter of 2023. It will be a part of the MCU’s fifth phase.

An upcoming science fiction television program entitled The Three-Body Problem will be based on Liu Cixin’s book of the same name. In 2023, the Netflix original series is scheduled to make its debut.

In September 2020, it was revealed that Netflix was working on a television adaptation of the book with co-writers Alexander Woo and David Benioff. Production on the show kicked off in the UK and China on November 8, 2021.

Jon Watts and Christopher Ford are the brains behind the next Star Wars television series, Skeleton Crew, which will air on the streaming site Disney+ in the United States. It is a part of the Star Wars series and occurs after the events of Return of the Jedi (1983), in the same time period as The Mandalorian and its linked spin-offs.

Skeleton Crew is a coming-of-age drama. In September of 2022, production had already begun in Los Angeles. The release of Skeleton Crew on Disney+ is planned for 2023.

It is a Star Wars franchise title and a spin-off of The Mandalorian; it occurs after the events of Return of the Jedi in the same time frame as those two series and their other associated spin-offs. It is anticipated that Ahsoka will become available on Disney+ sometime in 2023.

Betty Gilpin plays a character in the series who is a nun who uses her faith to take on technology. The series is scheduled to make its debut on April 20, 2023, with the first four episodes being made available to watch right away and the remaining episodes making their debut once each week after that.