The all-time favorite Hawkeye actor from the Marvel's universe, Jeremy Renner recently experienced a deadly accident and was flown to a nearby hospital. 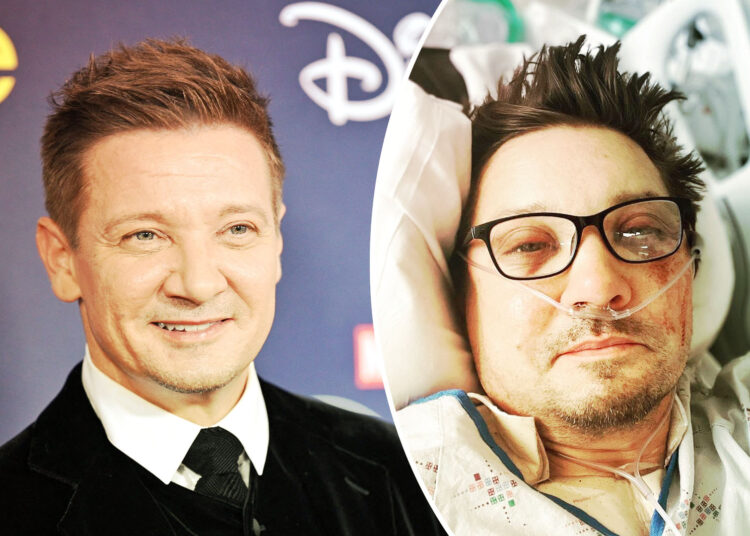 The famous actor Jeremy Renner who plays Hawkeye in Marvel movies recently experienced a critical injury. His fans are pretty worried about his health as the incident was pretty horrifying and dangerous at the same time.

Is Jeremy Renner safe? Where is he right now? What happened to him? Read the article further to get your answers.

Jeremy’s spokesperson has notified the authorities that the Hawkeye actor was plowing snow in Reno, Nevada when he was met with an accident. He was run over by a 7-ton snow plow as notified by the authorities.

He was immediately taken to a hospital which saved his life. The same spokesperson said that Jeremy is in, “stable but critical condition.”

Samantha Mast, who is the representative of Jeremy, informed the NYtimes that Mr. Renner has suffered “blunt chest trauma and orthopedic injuries” from the deadly accident.

Samantha also said that Mr. Renner has been in the intensive care unit since the moment he arrived at the hospital. He underwent surgery on Monday.

The sheriff’s office in Washoe County also responded to the accident that Jeremy Renner experienced. They said that Mr. Renner had suffered a “traumatic injury” in Reno, Nevada.

Here you can check out a Recent post shared by Jeremy Renner Himself.

According to the same sheriff’s office, Jeremy was the only one involved in the accident and was immediately flown to a nearby hospital without any delay.

Various sources have confirmed that Jeremy Renner owns a house in the Mount Rose-Ski Tahoe area where the incident happened.

Samantha Mast shared the thankful words of Jeremy’s family that they said regarding the fans worried about their favorite actor’s health. His family was, “tremendously overwhelmed and appreciative of the outpouring of love and support from his fans” as reported by Ms. Mast.

Jeremy Renner has been sharing pictures on his social media about the heavy amount of snow that the Nevada area is receiving this winter season.

“Lake Tahoe snowfall is no joke” is what Jeremy tweeted with a picture of a car fully covered with a thick layer of ice. He also used the hashtag, “WinterWonderland.”

On December 4th, Jeremy shared the following picture on Instagram while thanking his fan following for the support.

“Im too messed up to type” is what Jeremy wrote which means that his health is still critical. Red marks can be seen on his face in the picture that the actor shared.