Anushka Sen Is Dazzling In Australia with Her Family and Looks Fresh in White Co-ords. 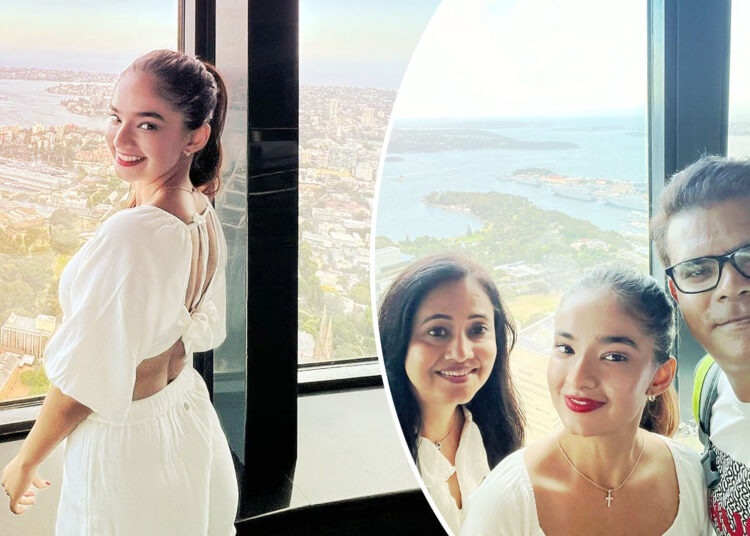 Anushka Sen is lighting up Sydney with her enchanting beauty. The diva left for Australia during Christmas and she is enjoying it to the fullest with her family in the land down under.

Anushka has been dropping some really mesmerizing photos from her trip and she is giving major family goals.

From The 12 Apostles in Victoria to sightseeing in Queensland, from playing with Koala Bears and Kangaroos at Moonlit Sanctuary to surfing in Surfers Paradise, Anushka is doing it all, and why shouldn’t she, the diva has absolutely earned it.

The year 2022 was a hectic yet professionally fulfilling one for her, Anushka did music albums, hosted her first chat show at age 20, and represented India in South Korea, and what not, it’s really amazing how she has managed to achieve so much success early in her career but as we already know that she has been doing it since a teenager.

Also Read: Avneet Kaur’s Superhot Photos Will Get You Drooling Over Her.

Here you can check out some recent posts of Anushka Sen from her Vacation in Australia.

Anushka’s performance as Rani Laxmi Bai in the television show Jhansi Ki Rani is still one of the most iconic performances by a child artist and not to mention her second best performance came in Baal Veer which again was a super hit show.

Anushka has also made her Bollywood debut back in 2015 with Crazy Cukkad Family and one thing is sure we will see her quite often in movies in the future.

Talking about Anushka’s latest post from her vacation, the diva Anushka Sen was dressed up in a white co-ord set which compromised of a white crop top and white shorts and she looked absolutely gorgeous.

Meanwhile, on the work front, Anushka has some undisclosed plans for 2023, one thing is sure her K-Pop projects on which she has been working for quite a long time will be released this year, and she will also host more episodes on her chatshow, and few music albums are on the deck too.