After the dating news was out, the actor himself wrote a letter to his fans letting them know about the relationship and wishing them new year. 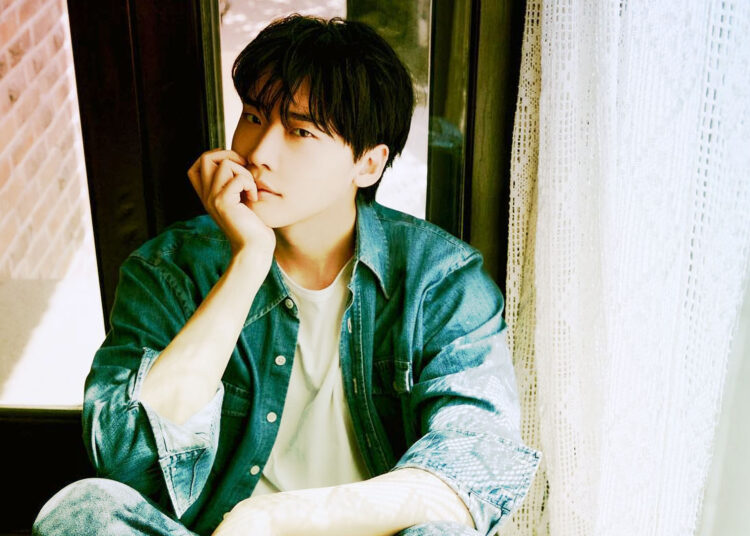 The South Korean actor Lee Jong Suk has recently made his relationship with IU public. The agencies of both actors have also confirmed their relationship. Lee Jong Suk made his debut as a runway model in 2005.

The relationship between Lee Jong Suk and IU was announced publicly on December 31 after Dispatch released the news of their love affair.

Also Read: IU Shares a Heartfelt Message With the Fans on New Year.

The letter written by Lee Jong Suk is as follows:

“Hello. This is Lee Jong Suk.

After winning a significant prize, I was unable to send a separate thank you note to my followers, therefore I am posting this letter now.

I am writing here for the first time in a while..

I’m so sorry for surprising you all at the end of the year. Thank you to all the fans who yelled and cheered for me at the Drama Awards so I don’t lose my confidence.

What I truly wanted to express to you all is how grateful I am to all of my followers who continue to show me support and love even though I have gotten older and am still shy and deficient in many areas.

As I spoke, I became tenser and I forgot these crucial words. Again, I apologize, and thank you very much.

Additionally, you must have been really astonished after reading the articles from yesterday… Regarding that acquaintance from today’s articles.

I was in my mid-20s when we first met, and it was big beyond puppy love, yet I had regrets since it couldn’t be achieved.

We were friends for a long time, and now it has turned out like this.

Um… I want to explain this well.

How should I say this? She was a peculiar person who always took up a corner of my heart, even when I was working hard and trying to live my own life. She reminded me of the character Kang Dan I from “Romance is a Bonus Book,” which I believe my followers will understand.

She is an awesome friend who supports me in my endeavors and worries about life; she is someone I can trust; she is younger but occasionally seems older; she is like a mature adult; yet, she is also someone I want to protect.

Now she makes me want to be a better person.

I need to present her properly, but this is also my first time, so I’m concerned that people might have been shocked and perhaps even a little upset.

I hope you will watch us with warmth.

I was incredibly grateful for your love and support during this year, which saw a lot of change, and I was overjoyed that we were able to reunite. Happy New Year, and know that I’ll always love you.”