The film industry has produced a number of great actresses over the years, and during the past few decades, these actresses have been redefining the industry.

by Om Prakash Kaushal
Reading Time: 13 mins read
A A
0 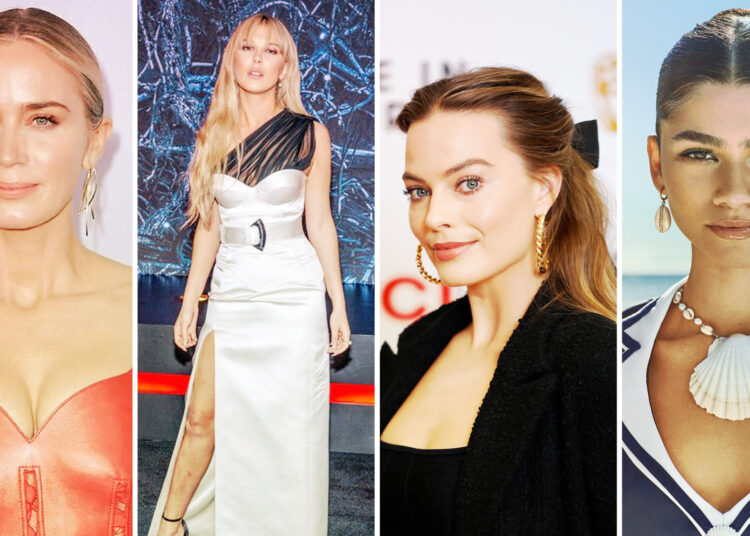 Are you looking for highest paid actresses of 2022? Well, the film industry has produced a number of great actresses over the years, and during the past few decades, these actresses have been redefining the industry.

Due to their commitment and acting prowess, these female characters have amassed millions of fans. But there’s more.

Along with being well-known around the world and having millions of followers, these actresses have built fortunes worth millions of dollars over the years.

This article compiles a list of the highest-paid actresses in the globe in 2022, including those who have already established a name for themselves in the industry and continue to control our hearts.

Below is the list of the highest-paid actresses of 2022. Have a look at each of them individually:

She is renowned for her musical versatility and image renovations. Before being cast in blockbuster movies like A Star is Born and House of Gucci, the 36-year-old “Poker Face” singer had had a successful music career.

She will reprise her role as Harley Quinn in Joker 2, also known as Joker: Folie à Deux, starring Joaquin Phoenix, who will once more portray the role of Arthur “Joker” Fleck. For the movie, Gaga agreed to a $10 million contract.

Sandra Bullock comes in at number two on the list of the world’s highest-paid actresses in the globe in 2022.

Bullock’s work in “The Lost City” earned her a total of $10 million, marking a successful return to the big screen for the actress. Daniel Radcliffe and Channing Tatum were her co-stars.

After making her acting debut in the suspense film Hangmen (1987) in a supporting role, Bullock rose to prominence for her appearance in the supporting cast of the action blockbuster Demolition Man (1993).

The eighth actress on the list of highest-paid actresses in the world is Emily Blunt. Even though Emily Blunt, a British beauty, keeps a low profile outside of work, she has established herself as a permanent fixture among Hollywood’s elites.

Emily Blunt is able to make a living as an actress, not just as a result of the roles that she chooses to do but also as a result of her fearless talent for skillfully navigating comedic and dramatic situations with grace and elegance.

Margot Elise Robbie is a well-known actress and producer from Australia. She has won numerous honors and has been nominated for two Academy Awards, four Golden Globe Awards, and five British Academy Film Awards for her work in both blockbusters and independent movies.

The British actress, who is just 18 years old, is already among Hollywood’s highest-paid actresses! Along with appearing in Netflix’s Stranger Things, Brown also earned a whopping $10 million for co-starring with Henry Cavill’s Superman in Enola Holmes 2.

Millie Bobby Brown is a British actress and producer who was born on February 19, 2004.

Gal Gadot is the first Israeli actress to be included in this list of the highest-paid actresses in the world. In 2004, at age 18, Gadot had crowned Miss Israel. With her breakthrough performance in the Wonder Woman franchise from DC Comics, Gadot shot to stardom rapidly and has since appeared in a number of films in a range of genres.

The Israeli actress, 37, had a successful year, according to Showbiz Galore, earning $5 million for her role in the Agatha Christie-inspired movie Death on the Nile. She apparently received the highest pay of any actress in the movie.

As a result of her roles in movies and television shows such as “Spider-Man: No Way Home” and “Euphoria,” Zendaya is considered to be one of the highest-paid actresses in the industry. She was paid ten million dollars for her part in the upcoming film “Challengers,” directed by Luca Guadagnino.

The film “Challengers” is slated to be released sometime in 2023. Zendaya is a famous singer and actress from the United States. She has won several honors, including two Primetime Emmy awards. In 2022, she was listed on Time magazine’s annual list of the 100 most influential people in the world.

Jennifer Lynn Affleck is an American singer, actress, and dancer who is also known by her stage name J.Lo. The term “triple threat entertainer” is frequently used to describe Lopez, who is regarded as a pop culture icon.

The singer-actress made US$8.5 million from her role as a Latin pop diva who marries a member of the audience while performing in the romantic comedy Marry Me.