Chris Hemsworth and Elsa Pataky on a Private Island Getaway, Check Out Now 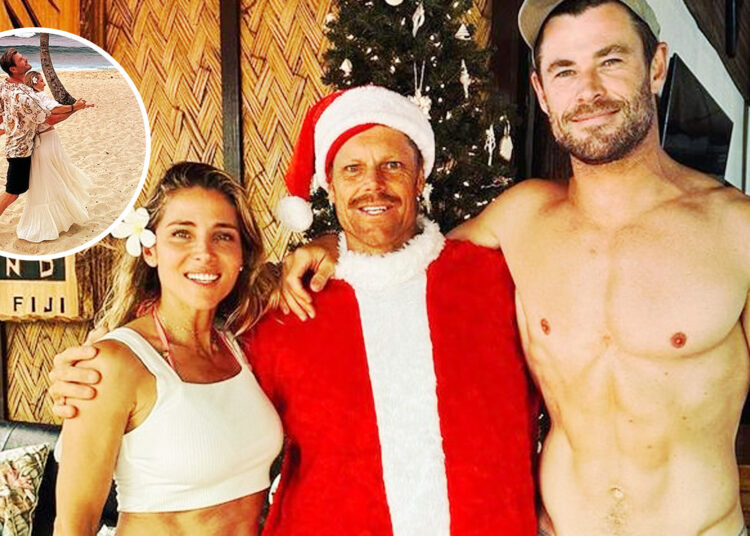 The couple spent Christmas 2022 in an exclusive private resort off the coast of Fiji, which Pataky named “our favorite island.” Tavarua is a small, heart-shaped private island with just 29 acres and one resort. Seven nights in a villa will cost roughly $6000 per person.

The Hollywood power couple basked in the sun at the Tavarua resort in Fiji, where their children spent much of their time surfing.

“From our beloved island, Merry Christmas!” Pataky captioned her first set of Instagram photos from the holiday some days ago, after which accompanied it in a single day with a clean set: “Bye Bye Tavarua!!

Here you can check out some pictures shared by Chris Hemsworth and Elsa Pataki from the Private Island.

The highlight reel included footage of the Fast and Furious actress dancing on the beach with her celebrity hubby. Chris Hemsworth, 39, and Elsa Pataky, 46, looked to be traveling with their 10-year-old daughter India and their 8-year-old twin boys Tristan and Sasha, as well as other family members.

The family vacation occurred after Hemsworth recently said that he is taking “time off” from acting now that he has completed the publicity duties for his newest production, the Disney+ docu-series Limitless, which concluded with an episode about death and mortality.

“Doing a death episode and facing your own mortality made me think, ‘Oh God, I’m not ready to die yet,'” he told Vanity Fair.

During the production of the docuseries, Hemsworth discovered that he is “8 to 10 times more probable” than the ordinary person to have Alzheimer’s disease.

“My biggest concern is that I won’t be able to remember the life I lived, or my wife, or my kids,” the action actor remarked in the episode.

He told Vanity Fair that the medical finding acted as a wake-up call to freshen up his life.

While the Thor actor, 39, was not in many of the photographs, his twin sons Sasha and Tristan were spotted having a good time in the waves.

The family also spent their nights lounging on boats and watching the sunset before settling down from their fun-filled days by a seaside campfire.

It’s not the first time the Hemsworths have published images from their tropical vacation.

Pataky shared a series of cheerful holiday images on Instagram on Monday, including a cute photo of herself wearing a pink bikini and kissing her shirtless hubby in front of a palm tree.

‘Merry Christmas to everybody from our favorite island!!’ wrote the Spanish beauty.

At the Tavarua Island resort, the couple posed for photographs with their children, daughter India Rose, and twin boys Sasha and Tristan.

Another shot showed Hemsworth smiling with Pataky in front of the sea. They showed off their amazing physiques while posing with a local Santa Clause.