Alia Bhatt Looks Mesmerizing In a Chikankari Kurta Posing for an IG Post.

The hottest mama in the town Alia Bhatt is ready to take over the world in 2023 with her Hollywood debut. 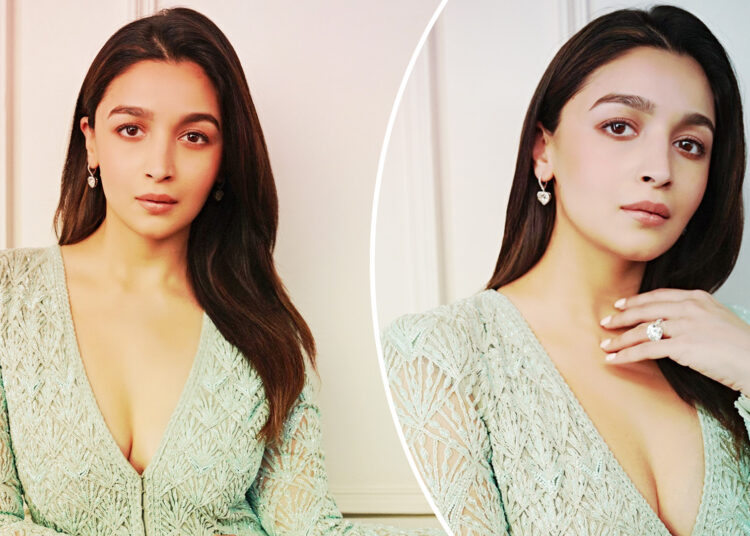 It was all Alia Bhatt in 2022, the diva is now the top actress in the Bollywood industry, and the way her career graph is going up, it’s very clear now that she is going to rule the industry for a long time.

Alia had an amazing year both on the personal and professional front, she tied the knot with her long-time crush turned love Ranbir Kapoor in April and the couple had their first baby “Raha” in November.

Alia has been part of four movies this year and all of them have been major hits, she entered the year with the release of the Bollywood movie Gangubai Kathiawadi which was a huge hit and generated over 200 crores at the box office, she was also part of Telugu film RRR which has broken multiple records and it is still continuing to do so after 9 months of its release.

Her third movie of the year was Darlings which was released on Netflix and performed amazingly well and finally the much-awaited film Brahmastra: Part One – Shiva, which has crossed the 400 crore mark in terms of collection at the box office.

Here you can check out some posts of Alia Bhatt in Chikankari Kurta.

Now with so much success in a single year, Alia has got all the reasons to smile and she is letting the world know about her happiness; in a recent Instagram post, Alia Bhatt was dressed up in an aqua blue chikankari kurta loaded with sequins designed by Ritika Mirchandani, Alia’s irresistible charm was off the charts and she looked as fresh as a Daisy.

Alia happens to be the fourth most followed celebrity in India on Instagram and hence she gets tons of likes and comments on her post.

Meanwhile, on the work front, 2023 is going to be even more special for the diva, she will next be seen in Karan Johar’s much-awaited directorial return with Rocky Aur Rani Ki Prem Kahani, besides that Alia will make her Hollywood debut with the Netflix movie Heart of Stone.