Paris, Prince, and Blanket, the children of Michael Jackson, were seen doing skiing in California! 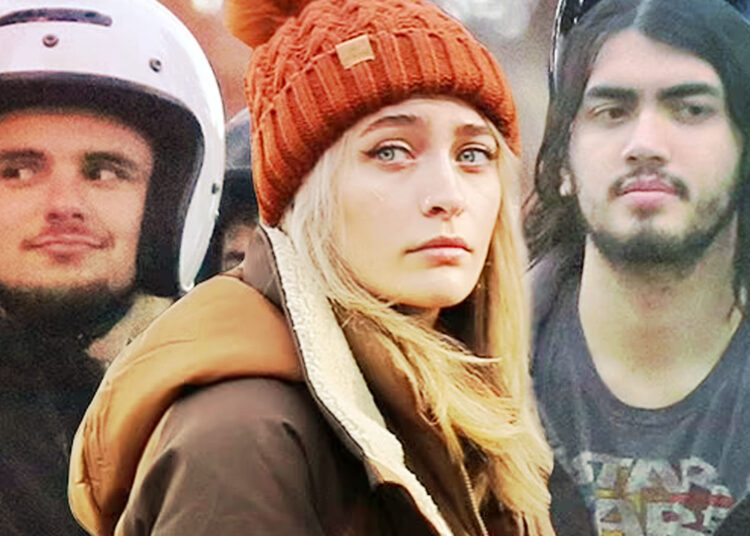 It is winter and nothing could be best than a skiing trip. Whether it is related to going out for a vacation or just having a normal day, we have seen a lot of celebrities indulging themselves in it. Among them are some Hollywood celebrities who tried to spend the winter with their family.

The same has happened with the children of the late singer Michael Jackson. All three of them were seen in California while celebrating their holiday season. The eldest son of Micheal Jackon, Prince Jackson who is 25 years old was seen totally wearing winter cloth while his sister Paris with his brother Blanket was also seen together.

Coming to the fashion of Paris then she was seen wearing brown coat and burgundy pants. She was also matching everything with her gloves.

Here you can check out some pictures of Michael Jackson’s kids’ Skiing.

In the video, one can see Paris Jackson skiing while she was about to fall. Instead of feeling embarrassed, she took the situation very lightly and looked at the camera while smiling. When it comes to her brother Prince then he was wearing black trousers with a black winter jacket. For safety, he was also wearing a helmet.

When it comes to the younger brother then he was seen wearing again a winter coat while matching it with trousers. Coming to this post then it was seen in the 24-year-old Instagram profile.

He has shared this content on social media related to their winter trip through a video. In the video, they were seen doing Snowboard which was captioned as “Can’t Stop”. Paris also came on her Instagram and shared a snapshot of her brother on 26 December 2022. In the background, one can see a clear view which was mesmerizing.

It is not the first time when we have seen an adorable moment present between the Jackson siblings. They are close to each other and that’s the reason why they want to spend their precious day with each other. However, they were not alone as a group of friends also joined them on their trip to California.

When it comes to their New Year Plans then they might be spending it in the same place with siblings and friends. Coming to a little bit of detail related to all the children of Michael Jackson then Prince got graduated from Los Angeles.

He has done his education through Business Administration. When it comes to Blanket then he has gained a lot of focus but it remains unknown what exactly is he doing. And the only daughter of Michael Jackson then Paris is a successful singer as well as an actress.