Celebrity Jeopardy! Part 2: Is It Coming In January 2023?

Celebrity Jeopardy is hosted by Mayim Bialik. Bialik continues to serve as one of the permanent Jeopardy! 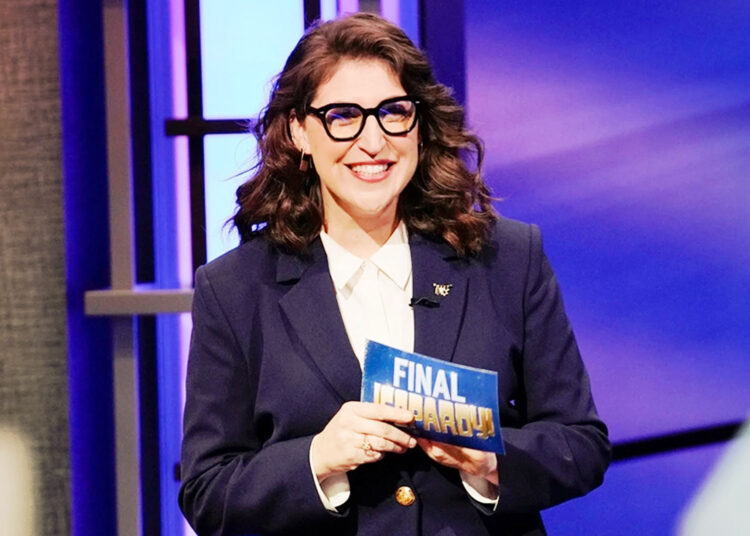 Celebrity Jeopardy! Part 2 will return with another exciting episode in January 2023, at 8 pm ET on ABC.

Mayim Bialik serves as the host of the popular American game show Celebrity Jeopardy! It is a series consisting of a tournament that is played by 27 famous people, and it has a total of 13 episodes.

In contrast to the earlier versions of “Celebrity Jeopardy!,” which were merely special episodes of Jeopardy!, the current version of the game show is a stand-alone program that airs during a different time slot than Jeopardy!’s regularly scheduled programming.

Fans of the show are eagerly awaiting the release of part 2 of season 1 after part 1 of the series was released back in September 2022. Therefore, we have listed all you need to know about Season 1’s upcoming episodes below.

To avoid missing anything, read this article through to the conclusion. Thus, here is everything that we know about Celebrity Jeopardy! Season 1 Part 2.

Celebrity Jeopardy! Part 2 Release Date: Is It Coming In January 2023?

Contestants In The Series Celebrity Jeopardy!

The competition will have a total of 27 contestants this season. The following list contains all of the known contestants:

Format Of The Series Celebrity Jeopardy!

The series will be played out as a bracket tournament with three rounds. There will be 27 competitors competing in a total of nine quarterfinal matches, the winners of which will move on to three semifinal matches.

The winner of the final round advances to receive a $1,000,000 grand prize for their charity of choice as well as the title of “Celebrity Jeopardy! Champion.”

Who Is The Host Of Season 1 Of Celebrity Jeopardy!?

Celebrity Jeopardy is hosted by Mayim Bialik. Bialik continues to serve as one of the permanent Jeopardy!  Co-hosts the show with Ken Jennings, but she is also responsible for a significant portion of the primetime hosting duties for Jeopardy, including the Jeopardy! National College Championship in the spring of 2022.

Bialik is most recognized for her appearances in The Big Bang Theory and her current TV sitcom, Call Me Kat, in addition to presenting Jeopardy!

What Will Be The Format Of Upcoming Episodes?

The format of the game will remain the same, with three competitors answering trivia questions disguised as questions in an effort to earn the greatest money. The contestants, however, are competing for a charity of their choice rather than for themselves.

One quarterfinal game will be featured in each episode. The competitors will play two official Jeopardy! Games during the course of Celebrity Jeopardyhour-long !’s run, with the player with the highest cumulative score automatically moving on to the next round. The decision about whether or not there will be wildcard berths will be announced later.

Where Can You Watch “Celebrity Jeopardy!”?

Celebrity Jeopardy! airs on ABC, making it accessible to everyone with a standard cable subscription or TV antenna. Later, the channel’s official website will also provide access to these episodes.

The episodes will also be accessible on Hulu. You may watch Celebrity Jeopardy! Live if you’ve switched to a live TV streaming provider like FuboTV, Hulu With Live TV, or YouTube TV.