Fantasy Island Season 2: Is It Releasing In January 2023?

Fantasy Island Season 2 is all set to be released, next year in January 2023, and here are the latest updates of the series. 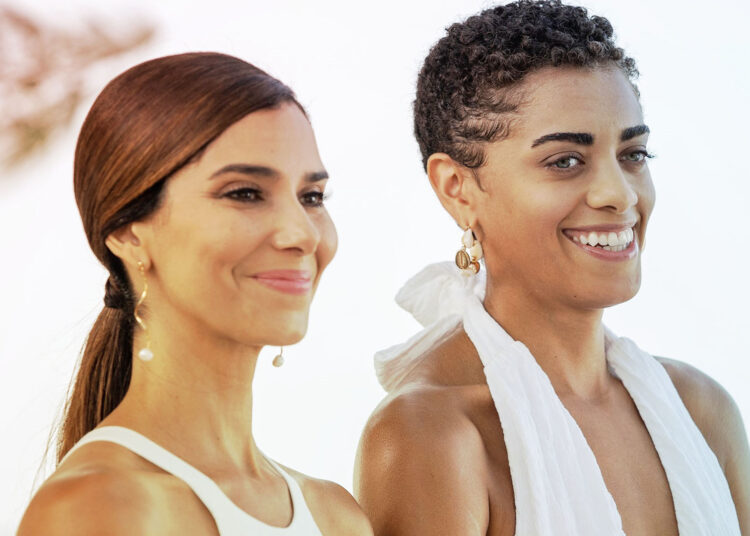 Fantasy Island Season 2 is all set to be released, next year in January 2023, and here are the latest updates of the series.

Fantasy Island, a semi-anthology series created by Elizabeth Craft and Sarah Fain, is a continuation of Gene Levitt’s 1977 series of the same name. In each episode of the fantasy drama, new guests make their way to the remote island resort that possesses the power to grant their dreams.

The things that happen to them separately cause them to develop in ways that will never be the same. In spite of the generally negative reception from reviewers, it appears that the series has been successful.

Despite the fact that escapism appears to be the most tempting facet of the show, a few reviewers were not overly thrilled with the way it was carried out.

Due to the fact that it is an anthology, the series has a wide range of options available to it in terms of both the narrative and the many aspects of the genre.

Fans are eager to learn whether or not there will be a second season of the show, which debuted for the first time in August of 2021. Here is all the information we currently have on Fantasy Island’s second season.

Fantasy Island Season 2: Is It Releasing In January 2023?

Yes, “Fantasy Island,” an American fantasy drama television series, will release Season 2 in January 2023. It is set to premiere on January 2, 2023.

The television show was given a second season order in November 2021, and on December 23, 2021, it released a holiday-themed episode that was shown.

On August 10, 2021, the first episode of the first season of the television series Fantasy Island debuted on Fox. Fox published the show’s first official teaser on May 27, 2021.

Fantasy Island Season 2 Casts: Who Can Be In It?

We primarily see Roselyn Sánchez (Elena Roarke), Kiara Barnes (Ruby Akuda), and John Gabriel Rodriquez throughout the course of the semi-anthology series. Each of these actors portrays a different character (Javier).

The guardian of Fantasy Island is Elena. She is also a member of the Roarke family, who, in the first season of the show, served as the administrator of the enigmatic island.

When Ruby arrives on the island, her life, which is terminally ill, is changed. Javier oversees transportation on the island and also works as a pilot. So, in the second season, the individuals named above might return to their roles.

The rest of the cast is made up of guest stars who appear in individual episodes and bring fresh characters to life. Among the guest stars from season 1 are Bellamy Young (as Christine Collins), Odette Annable (as Daphne), and Leslie Jordan (as Jasper).

In the first season, Elena and her team have conversations with new visitors to the island as they rediscover who they are as a result of the imaginative experiences they have had on the island. Nisha, one of the visitors, must make a significant life decision over whether to marry Josh or Savin.

In a different episode, Alma travels through time and discovers a significant fact about her paternal grandfather. That aids her in bridging the awkward gap between herself and her family. Along with the many exploits featured in each episode, we also get a glimpse of Elena, Ruby, and Javier’s daily lives.

Fantasy Island Season 2 is expected to dive more deeply into the pasts of those who live and work there. In the first season, the relationship between Elena and Javier takes a romantic turn, and we also get some more information about who Ruby is.

Thus, the prospective second season might continue to explore these characters. Every episode delves deep into a unique fantasy. Moreover, Fantasy Island viewers may anticipate learning more about the relationship between Elena and Fernando.

Fans of the series may naturally expect some heartbreaking moments from each of the new characters as new visitors arrive on the island.

How Can You Watch Fantasy Island Season 2?

Fantasy Island season 2 will premiere live on Fox in the United States. Those without a traditional cable or satellite TV can watch episodes live on websites like YouTube TV, Hulu with Live TV, FuboTV, and Sling TV. Fox.com and Hulu both have Fantasy Island season 1 accessible for streaming.