Ginny & Georgia, Netflix's first big hit, is getting ready to give us a new Wellsbury drama. It won't be too much longer before you find out what happens next for Ginny and Georgia Miller. 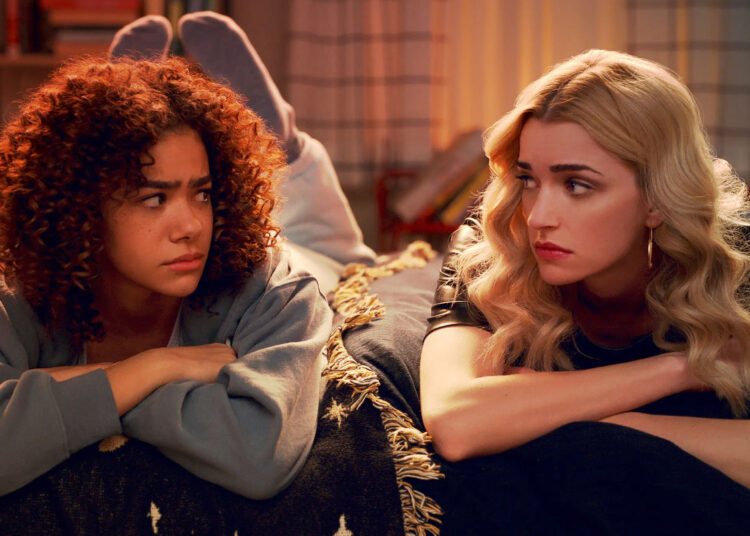 Ginny & Georgia Season 2 is all set to be released next year in January, to make your new year great, and here are the latest updates of the series you need to know.

Ginny & Georgia, Netflix’s first big hit, is getting ready to give us a new Wellsbury drama. It won’t be too much longer before you find out what happens next for Ginny and Georgia Miller, who are portrayed by Antonia Gentry and Brianne Howey, respectively. The release of Season 2 is scheduled for January 2023.

The mother-daughter duo is the focus of a coming-of-age series that follows them as they settle down in Wellsburg, New England, along with Georgia’s son Austin. On December 13, the first trailer for the show was made available. Ginny is having a hard time accepting the harsh reality of her mother’s secrets.

Marcus starts to suspect Ginny is experiencing a problem. These estranged lovers eventually come back together.

Georgia learns her past is pursuing her in a significant way and endangering the new life she has created for herself and her children, while Ginny copes with the highs and lows of being a teenager.

Since the central theme of Ginny & Georgia is a nuanced and complex mother-daughter relationship, the show has been compared to Gilmore Girls. In order to learn more about “Ginny & Georgia” Season 2, read this article all the way through to the end.

Ginny & Georgia Season 2 Release Date: Is It Coming In January 2023?

Yes, Ginny & Georgia Season 2 is coming in January 2023. Ginny & Georgia season 2 is going to be huge and full of jaw-dropping moments, especially considering how season 1 concluded. Netflix also disclosed the premiere images and fresh video in addition to the release date.

The Ginny & Georgia Season 2 will release on January 5, 2023. The second season, which will consist of a total of ten episodes, will have its world premiere on the platform. The shooting of the second season of the show began in November 2021 and continued until April 2022.

In April 2021, just a few months after the first season’s popularity, the show was renewed. The second season will include ten brand-new episodes, each running for an hour. A cast celebration video was made available through Netflix. Watch the video just above:

‘Ginny & Georgia’ season 2 will see the return of almost all of the principal cast, including

1. Brianne Howey will play the role of Georgia Miller

2. Atonia Gentry will play the role of Ginny

3. La Torraca will play the role of Austin

4. Raymond Ablack will play the role of Joe

5. Sara Waisglass will play the role of Maxine

6. Felix Mallard will play the role of Marcus

7. Scott Porter will play the role of Mayor Paul Randolph

8. Jennifer Robertson will play the role of Ellen

9. Diesel La Torraca will play the role of Austin

10. Jennifer Robertson will play the role of Ellen

11. Mason Temple will play the role of Hunter

13. Nathan Mitchell will play the role of Zion Miller

14. Tommie-Amber Pirie will play the role of Susan

15. Ashmore will portray the role of Gil Timmins

What Can We Expect Will Happen In Ginny & Georgia Season 2?

After Ginny’s argument with Georgia and the commotion with Marcus and her friends, Austin and Ginny were seen riding off on a motorcycle together. Antonia disclosed that she had a hunch that Ginny would take Austin to visit Zion, the man who is Ginny’s father.

Sarah Lampert, the show’s creator and executive producer, has revealed to the website Tudum that the new episodes of Ginny & Georgia season 2 start up a few weeks after the conclusion of season 1.

So, Ginny and Georgia will soon engage in a heated argument. Additionally, when Austin’s father, Gil, returns to town, Georgia is once more forced to confront her past, while Ginny eventually has to attempt to make amends with Max and Marcus.

Also Read: Copenhagen Cowboy: Is It Coming In January 2023?

How Popular Is Ginny & Georgia?

After the premiere of the first season on February 24, 2021, Ginny & Georgia quickly became a tremendously popular television show.

In the first 28 days of the new coming-of-age series, more than 52 million member households on Netflix selected to watch it. The program reached the top 10 in 87 different nations and peaked at number one in 46 of them, including Australia, Brazil, Kenya, and the United States.

The Ginny & Georgia television show is an original production from Netflix. Anyone interested in watching episodes will require a Netflix subscription.