Who Is Lucien Laviscount Dating? Everything You Need to Know

It has been stated that Keke Palmer and Lucien Laviscount dated briefly after working together on the television show "Scream Queens" in 2015. 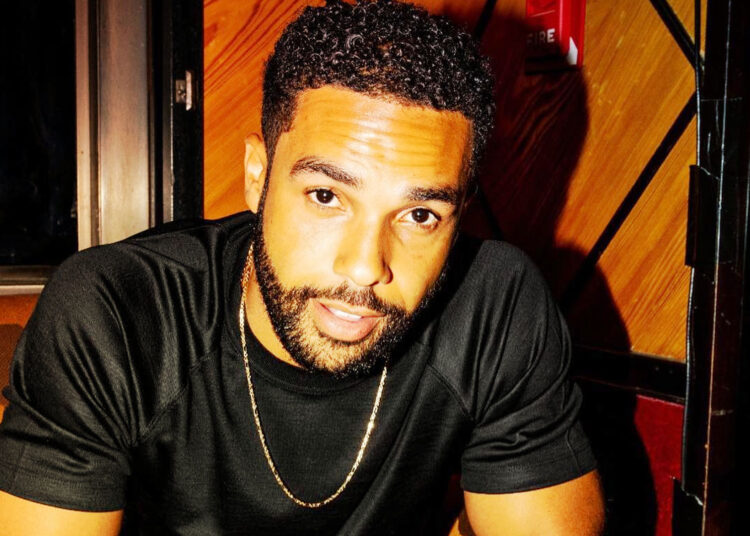 Fans are interested in finding out whether the actor Lucien Laviscount, who plays the heartthrob in Emily in Paris, is in a relationship with a fortunate girlfriend.

The British actor Lucien Laviscount, who plays the role of Alfie in the Netflix series, has been linked to several famous women over the years, starting with Little Mix star Leigh-Anne Pinnock and moving on to her former bandmate Jesy Nelson, with whom he was seen getting cozy on an evening out in central London in the previous year.

When Lucien and Jesy were seen kissing while out to dinner in Soho the previous year, romance rumors began to circulate about them. Later, the two were seen on a romantic rickshaw ride through the streets of central London.

It was said that they finished their night in a club in Mayfair, and the vocalist who sang “Boyz” was claimed to have been “mortified” at their intimate photos. Nevertheless, reliable sources said that they were not dating.

Who Is Lucien Laviscount Dating?

In 2019, Lucien was seen exiting a restaurant in Los Angeles holding hands with Ozzy Osbourne‘s daughter Kelly. The paparazzi took the shot. It is speculated that they dated for a brief period.

Keke Palmer, an American actress, and co-star in Scream Queens was Lucien’s girlfriend in 2015. They were seen out on several occasions in the LA area. In 2013, there were rumors that the young actor dated Brooke, who had previously been with him on Coronation Street.

In 2009, they had co-starring roles as the characters Ben Richardson and Sophie Webster in the soap opera. In 2012, shortly after Leigh-Anne had been announced as the winner of The X Factor, she was seen out on a dinner date with Lucien.

It is unknown if they ever had a committed relationship, but Leigh-Anne is now blissfully engaged to her long-time boyfriend, Andre Gray, and the two of them have since welcomed twins into the world together.

Following their first encounter on the set of Waterloo Road, Lucien and Chelsea began dating the following year (2011). It is believed that their romantic relationship lasted for little more than a few short months.

In 2010, Lucien dated the glamour model and Big Brother winner from 2009, Sophie Reade, who referred to him as her “ideal boyfriend” throughout their time together. She told the new! magazine that he “had everything you might want in a partner.”

Lucien’s early career included a one-night stand with Dominique, who is well known for her role as Lauren Valentine on Hollyoaks. When Lucien, Amy Childs, and Kerry Katona were all participating in the same season of Celebrity Big Brother in 2011, he became very close with them and made news when he kissed both of them.

Lucien has recently kept his romantic life out of the public, except after being spotted with Jesy toward the end of the previous year.