Almost a quarter-century after the series debut of "That '70s Show" in 1998, the long-awaited Trailer for its spinoff, "That '90s Show," is finally here! 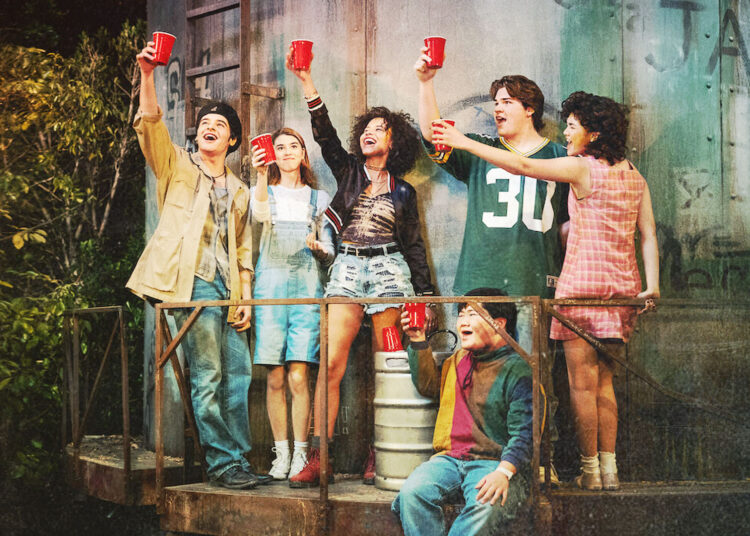 The upcoming That ’90s Show is a sequel to the renowned That ’70s Show, focusing on the offspring of the original characters rather than those iconic personalities. Still, a new trailer for the new series brings those performers back to tease their roles in the series.

The original series’ stars reunited on-screen for the 10-episode Netflix spinoff show, which takes place in 1995 and focuses on Eric and Donna’s daughter, Leia Forman, as she uncovers the quirks of Point Place, Wis. for the first time on a visit to her grandparents, Kitty (Debra Jo Rupp) and Red Forman (played by Tom Hanks) (Kurtwood Smith).

Leia Forman is searching for excitement in 1995, at the very least, the best mate who isn’t her dad. When Leia goes to see her grandparents Red and Kitty in Point Place, she finds just what she’s seeking when she meets the vibrant and rebellious Gwen right next door.

Leia discovers that with the aid of Gwen’s friends, especially her adored brother Nate, his astute, laser-focused girlfriend Nikki, the sardonic and perceptive Ozzie, and the endearing Jay, adventure may happen there, just like it was for her parents all those years before.

In the end, she succeeds in persuading her parents to let her stay there for the summer since she is eager to begin again. With a basement full of teenagers once more, Kitty is relieved that the Forman house has become a home for a new generation.

Original Stars Return in the Full Trailer for “That ’90s Show.”

Rupp, now 71, and Smith, now 79, appear as regular characters in the new show. Eric’s parents are still securely settled in their Wisconsin house, which has been tastefully refurnished for the period — and welcome a fresh bounty of young hooligans in the new Trailer.

Because original series creators Bonnie Turner and Terry Turner, as well as their daughter Lindsey, have returned to the project as writers and producers, the Netflix show will be a multi-camera comic in the spirit of its original. In addition, Gregg Mettler, the producer of “That ’70s Show,” is a showrunner.