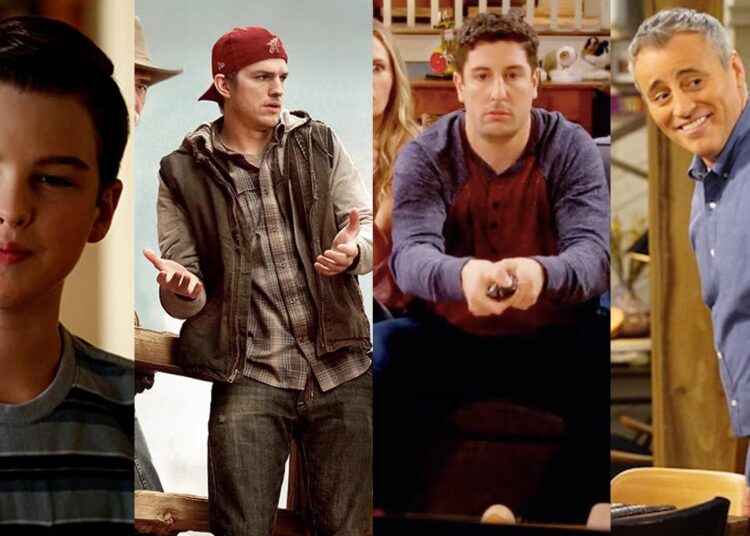 Upcoming tv period drama ‘That ’90s Show’ is a teen sitcom. The plot features characters debuted in ‘That ’70s Show‘, the series that the current one is succeeding.

The plot is set in the summer of 1995 and revolves around Eric Forman and Donna Pinciotti’s teen daughter Leia Forman visiting her grandparents in the summer and finding some other teenage friends there.

Callie Haverda will be seen starring as Leia Forman in the series. Debra Jo Rupp and Kurtwood Smith have reprised their roles as Kitty a d Red Forman, Leia’s grandparents from ‘That ’70s Show’. The first episode of the series is set to be released on January 19, 2023.

This article will walk you through the other television sitcoms that you must give a try if you are waiting for the premiere of ‘That ’90s Show’.

One Day at a Time – Number of Seasons: 4

This sitcom is adapted from the same named 1975 series on CBS. It is a re-imagination of the original series and takes a Latino Cuban-American family at its center.

The plot revolves around the journey of the family members as they navigate through life while dealing with love, career, struggle, success, and failure.

Other people related to the family members are also depicted in the series. Though the mode of the series is primarily comedic, issues like immigration, mental illness, gender identity, s*xism, homophobia, and racism are portrayed in it.

The series received a number of accolades which include four Primetime Emmy nominations with two wins. The series ran from January 6, 2017, to June 16, 2020, on Netflix till season 3 and on Pop in the last season.

The Ranch – Number of Seasons: 8

Don Reo and Jim Patterson created this American sitcom series the plot of which moves around a fictional Iron River Ranch near a fictional small town in Colorado.

It focuses primarily on Colt Be two Bennett brothers Colt and Rooster who help their father Beau in running the cattle ranch. Other important characters include their mother Maggie who is the owner of a local bar and Abby, a school teacher, who is the love interest of Colt.

The series ran from April 1, 2016, to January 24, 2020, on Netflix. It received five Primetime Emmy nominations including three wins.

This is the spin-off of the popular CBS sitcom ‘The Big Bang Theory‘ and depicts the childhood life of genius but eccentric theoretical physicist Sheldon Cooper as he moves through his academic career faster than average people proving himself a child prodigy.

Sheldon’s family members often find it difficult to cope with the demands born out of his eccentricities. Though with the progress of the series, the personal hardships and journeys of other family members are focused more and more.

With that, it is also depicted how Sheldon copes with the challenging ups and downs of the relationships among the family members all of whom he loves.

Lon Zimmet created this American multi-camera sitcom the plot of which is set in Atlantic City and revolves around a working-class couple facing the issues of raising four kids without hindrances.

But things are harder for them as three of their children happen to be certified geniuses. Jason Biggs and Maggie Lawson played the blue-collar couple Mike and Kay Bennett in the series.

Ashley Boettcher, Connor Kalopsis, and Jack Stanton were cast as the three gifted children and Oakley Bull as their “normal” child. The series ran from January 23 to March 26 of 2000.

Man With A Plan – Number of Seasons: 4

Jackie and Jeff Filgo created this American sitcom the plot of which revolves around a man named Adam Burns. Adam’s life is already complicated by the challenges that come with running a contracting business with his brother and dealing with his overbearing father.

But life challenges him some more and probably the most when he finds himself taking over the job of parenting his three children all of whom are very rambunctious after his wife Andi decides to return to work. But will an old-school father like Adam be able to chew all these that he has got on his plate?