That '90s Show ended with the main character Leia having two guys on her plate. Here's everything you need to know about the confusing ending. 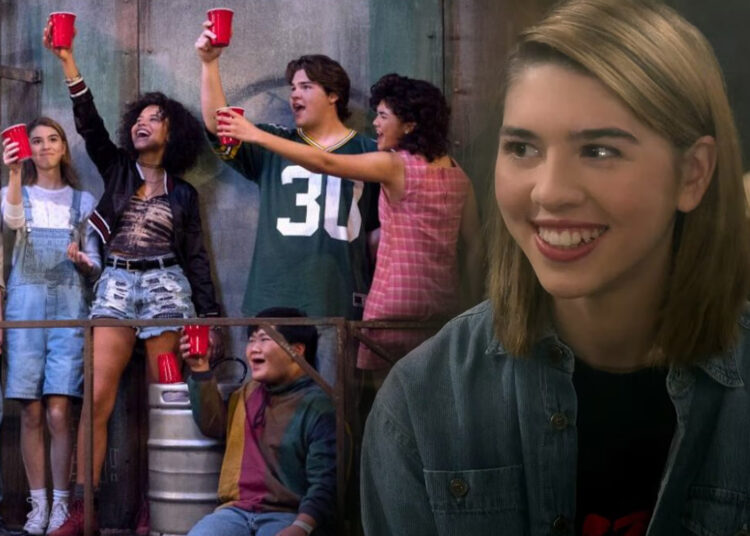 Netflix has once again spin off a previously hit series and the results are great, once again. This time, it’s a sitcom. That ’70s Show‘s spin-off series That ’90s Show has been getting a pretty good response from the viewers.

Just like the original gang of That 70’s Show, we have another gang in That 70’s Show and they are doing everything alike. The newbies are having a great summertime of 1995 in the Forman’s basement while getting high.

A Little About That ’90s Show

That ’90s Show is the latest sitcom of the production giant Netflix. And it’s all about teens having a great time together while facing some difficulties as teenagers.

That ’90s Show is about the life of Leia who is Eric and Donna’s teenage daughter. Leia goes to her grandparents, Red and Kitty Forman’s house to spend the summer holidays there. There she meets a gang of new friends. She even finds herself attracted to a guy.

The season ends with difficult choices for Leia. As the summer break comes to an end, the daughter of Eric and Donna prepares herself to leave Point Place and go back to Chicago.

Also Read: Vikings Valhalla Season 3: Everything we know so far

Here’s the ending of That ’90s Show explained. Warning: Spoilers Ahead.

Is Leia And Jay Still Together?

While Leia starts a thing with Jay just a summer kind of thing, her bond with Jay converts into a full-fledged relationship by the middle of the season. But as soon as Jay realizes that he’ll have to suffer the consequences of a long-distance relationship with Leia, he breaks up with her. But, he soon understands his mistake.

While Leia gets ready to leave Point Palace, Jay confronts her that he has made a mistake and he’s ready to do anything to fix it. Leia tells him that she’s not sure about it and that she’ll call him after reaching Chicago. Seems like their relationship is not over yet.

Leia And Nate Kissed Each Other?

Towards the end of That ’90s Show, Leia and Nate kissed each other in a very romantic way. Nate’s in a relationship with Nikki. That’s why when Jay comes to Leia at the very end of the season, she’s confused.

Maybe Leia still finds Nate in her mind. And Nate also seems to be into Leia. Well, there’s a chance for the unwanted couple of That ’90s Show to have a future in a potential season second.