Song Joong Ki Confirms to Be In a Relationship.

After three years of divorce, Song Joong Ki confirmed to be dating a British woman. 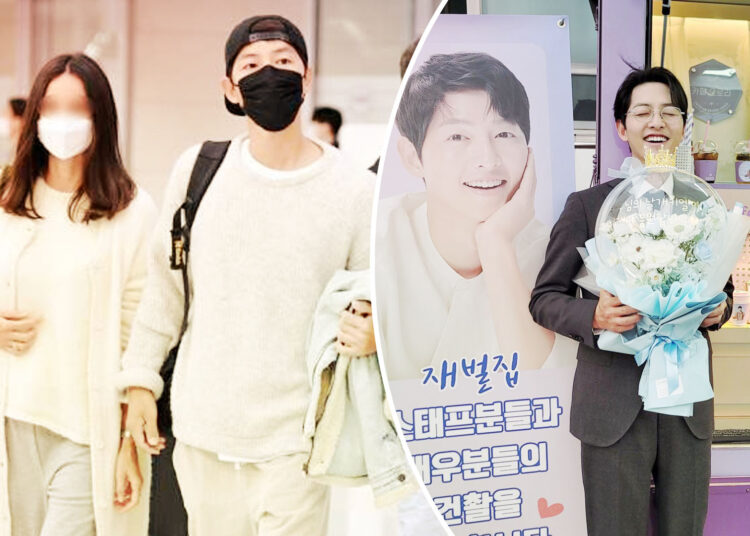 The South Korean actor Song Joong Ki has confirmed to be dating a British woman. He gained popularity after working in a historical coming-of-age drama Sungkyunkwan Scandal (2010).

The agency also gave an official statement in relation to the actor’s relationship. The agency stated, “We hope you will be positive toward the relationship that actor Song Joong Ki is now in with a woman with whom he has positive affections.”

The agency further added, “We kindly beg for your patience as we are unable to confirm anything other than the fact that they are dating, and we would appreciate it if you avoided posting any speculative or unverified reports.”

The fans are very happy about the actor being in a relationship. After working in the drama “Descendants of the Sun”, the actor and the lead actress Song Hye Kyo dated each other and later on got married on October 31, 2017.

After two years of marriage, the couple got divorced in July 2019. The two remained single after the divorce a long time but now the actor Song Joong Ki has confirmed dating a British woman.

Along with working in dramas, Song Joong Ki has also worked in films like A Werewolf Boy (2012), The Battleship Island (2017), and Space Sweepers (2021). Song Joong received the Gallup Korea Television Actor of the Year awards in 2012 and 2017.

The popularity of his TV series and foreign-produced films helped him establish himself as a leading Hallyu celebrity in the Korean entertainment industry. He is currently one of South Korea’s most well-known actors in the entertainment sector.